Spotlight On - Sins of a Solar Empire: Rebellion and Elemental: Fallen Enchantress

In the month of March, if you find the hotels in downtown San Francisco to be packed full of guys speaking all kinds of different languages, you're either in the middle of a Die Hard-like terrorist takeover or in the middle of the annual Game Developers Conference. Because we were fairly confident that it was GDC time, we made our way to the city's fabled Moscone Center conference hall to meet with representatives from Stardock to discuss the studio's upcoming projects. The projects: Stardock's upcoming billing solution that it's pitching to developers of free-to-play games; the recently announced Sins of a Solar Empire: Rebellion; and Fallen Enchantress, the first expansion for Elemental: War of Magic. The representatives: Stardock frontman Brad Wardell; lead producer Derek "Kael" Paxton, the creative mind behind the cult-classic Civilization IV modification Fall From Heaven 2; and designer Jon Shafer, formerly of Firaxis, where he was lead designer on Civilization V.

Wardell kicked off our informal meeting by discussing his studio's current nongame project, a billing solution for free-to-play games that will let developers of such games quickly and securely charge players money for all those wonderful microtransactions to purchase funny hats and healing potions they tend to buy in free-to-play games. He casually mentioned that the studio is already in talks with several independent game studios and suggested that he "would be surprised if there weren't at least a few games coming out by this Christmas using [the service]."

We then grilled him, as best we could, about Rebellion, the recently announced stand-alone follow-up to Ironclad Games' acclaimed 2008 strategy game, Sins of a Solar Empire. Wardell suggested that Rebellion, which he hesitates to refer to as an "expansion pack" because of the massive amount of content it will offer, including enough new playable factions to double the game's base roster, will essentially be Ironclad and Stardock's attempt to take the opposite approach to the game's previous update strategy. In years past, Ironclad released two "microexpansions" for Sins, Entrenchment and Diplomacy, which Stardock felt received unfair evaluations despite their $10 price tags. Said Wardell, "Even if you only charge $10, people expect, you know, $23 worth of content." As a result, Rebellion will go the other way, offering a substantial amount of content for $40, though owners of the Sins Trilogy product (which contains the original game and its two microexpansions) will be able to purchase it for $30.

After discussing Rebellion and Stardock's other projects, Wardell was happy to quietly back out of the discussion so that we could discuss Fallen Enchantress, the upcoming expansion, with Stardock's two other staffers. Paxton explained that he's a producer and his basic duties are, like any good game producer, managing deadlines, expectations, and communication throughout the team. But his larger goal is to take the world of Elemental: War of Magic, which many players found to be sparse, and flesh it out. Paxton, as mentioned, is known among the mod-making community for Fall From Heaven 2, a modification for Civilization IV that radically changed that game. It added a dark fantasy world, revamped religions, an in-game collectible card minigame, and many role-playing elements. The producer confirmed that his goal is to bring this same brand of dark fantasy, "partway between Lord of the Rings and Edgar Allen Poe-style horror," to the world of Elemental.

Part of the way Paxton intends to do this is to ensure that the world is much more filled out even at the outset of the game. Elemental's original concept was a strategic adventure that challenged players to rebuild a destroyed and mostly empty world. The world of Fallen Enchantress will be anything but empty, and true to Fall From Heaven 2's form, it will be much more dangerous. It will be filled not only with randomly generated artifact items that provide powerful bonuses, but also with dangerous monsters, up to and including elder dragons and ancient gods that you simply won't have any chance of defeating until you have a highly developed kingdom. And in the meantime, as for any scouts you send out into the wide world in the early game, well, don't expect them to come back alive. And if you do unearth the lair of an angry ancient god, don't bother building a new city nearby--you're all but guaranteed to lose it. At this point, Wardell pointed out that War of Magic's current AI--in the version 1.1.1 patch--is already fairly aggressive and "will come after you if you don't build up properly." The executive then took the opportunity to affirm that his only role on Elemental is programming the AI--"the job [he] really [wants] to do anyway," as opposed to game design, for which he professed no great love. At that point, Wardell went back to reading his grown-ups newspaper.

Surprisingly, when asked about whether Fallen Enchantress had any additional new gameplay systems planned, such as in-game minigames or expanded religions, Paxton responded vehemently in the negative. He clarified that despite the fact that the Fall From Heaven 2 mod is known for its tremendous breadth, the producer "hates breadth for the sake of it" and that his primary objective was to include only those features that could be tied directly to the core gameplay experience and made complete sense. He also mentioned that his secondary objective was to winnow out anything else. Shafer, on the other hand, explained that his primary duty is focusing on making Elemental's campaign much more interesting and varied. The former Civilization V designer suggested he's approaching his task by documenting feedback from Stardock's fan community, which felt that the base game's single-player experience was far too linear and that magic was too scarce. Shafer also mentioned that he's helping with the game's modification tools to give players more control over tweaking values and adding new content by exposing XML code in more areas.

From the sound of things, Rebellion will have a lot to offer Sins of a Solar Empire fans. Elemental, for all its numerous and well-documented problems, is also in good hands with Paxton and Shafer, both of whom are committed to making Elemental a better product. When asked about future products, all three members of Stardock's staff predictably dodged all the questions, clarifying only that after Fallen Enchantress is done, Paxton will remain with the Elemental team to work on the second expansion, while Shafer will go on to lead development on another, undisclosed project. 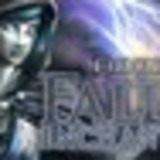