We recently had a chance to see the PC version of Star Wars: The Force Unleashed: Ultimate Sith Edition in motion. The PC version of the game is being brought over by Aspyr Media, has been in development for a few months, and is in a pre-alpha state, though it should hit beta soon. The PC version of the game will, of course, include support for a USB Xbox 360 controller and will, according to Aspyr and LucasArts, otherwise be a content-faithful port of the console versions of Ultimate Sith Edition. Be advised that this preview may contain story spoilers, especially for those who haven't played the original Force Unleashed. 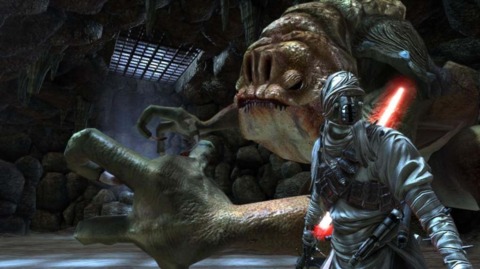 vadar
As the Emperor's apprentice, you shall be the one to bring the Rancor down.

For those who aren't familiar with The Force Unleashed or Ultimate Sith Edition, here's a quick recap: The Force Unleashed was the first brand-new Star Wars story out of LucasArts in some time and told the tale of Starkiller, a secret apprentice to Darth Vader who was sent by his master to eliminate key Rebel and Empire targets that stood in the way of Vader's larger ambitions. The game had two different endings: one in which you carried out your master's orders to the letter and another, non-canonical ending, in which you could oppose Vader and actually slay him. But if you opposed Vader, you would be broken and twisted by the powers of Emperor Palpatine (in an attack similar to the scene near the end of Return of the Jedi) and effectively become the new Darth Vader, serving the Emperor's will.

The three new missions in the downloadable content for The Force Unleashed, which will be included in the USE, follow the non-canonical ending. In these levels, which will be accessible at the very beginning of the game (rather than having to be unlocked), you will be put you in the role of this new dark lord, exploring Tattooine, Hoth, and a Jedi temple during the A New Hope and Empire Strikes Back time frames to effectively carry out Vader's missions, but in a different way.

We're told that the team had access to many assets from the original films and even had a chance to toy with material that was cut from the first-run footage (for instance, there was apparently going to be a scene in Empire in which the Hoth base was overrun by whompas, and this scene will actually appear in the USE). In fact, the opening of the Hoth level is a frame-for-frame re-creation of the introductory sequence to Empire, except for the very end where things go sideways. Sadly, we were able to see only the Tattooine level in action, which includes all the jawa and Gamorrean guard tossing and Rancor-head-in-a-gate-slamming action we've covered in our hands-on preview of the console DLC. The PC version of the USE runs at a steady 30 frames per second, and even in an early pre-alpha state, it looks pretty sharp. 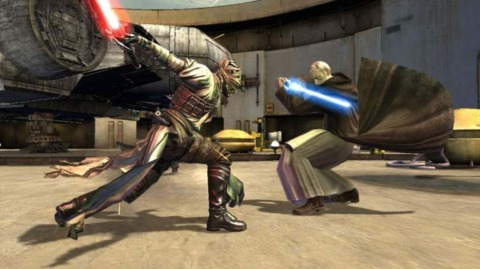 Three new missions and all the Jawa-tossing you can handle await you in Ultimate Sith Edition.

The PC version of Ultimate Sith Edition will be released later this year. 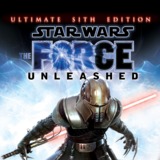