Spot On: Virtual economies break out of cyberspace

With the value of the US dollar plummeting on real world exchanges, secondary markets that thrive on virtual bucks crank up the volume. Time to invest in a little gold?

The goods aren't real, but the money is.

The sale of virtual goods in massively multiplayer online role-playing games has exploded and, though Wall Street may not yet have caught on, buying and selling imaginary gold is proving to be a wise investment this year. Behind the facade of undead wizards and gnomish engineers lurk hard-nosed capitalists who know how to turn over a buck.

According to data gathered by Advanced Economic Research Systems, a company that tracks eBay sales, through April more than $2 million was spent on World of Warcraft (WOW) gold this year. Most of the company's employees are dedicated WOW players, and CEO Anthony Sukow began to examine the statistics after making a questionable purchase of his own.

"I have purchased some gold on eBay," Sukow admitted. "You're not supposed to do that." But that inspiration revealed that capitalism is going strong, even in fantastical realms that only exist as ones and zeros.

"I was just amazed at the sheer volume of transactions," Sukow said.

Sukow discovered that the top seller of WOW gold made more than $23,000 in April, just on WOW gold. And that wasn't even a good month--in January and February the number-one seller took home more than $44,000 each month.

For buyers, Sukow said, getting the best price depends on how much gold you want; like many other goods, buying in bulk is a better deal. On average, lots of 50 gold pieces sell for 41 cents a unit, while lots of 1,000 pieces average 18 cents a unit.

He notes that this price difference presents a business opportunity. An enterprising investor could buy 1,000 gold pieces and sell them off in smaller lots for a higher price.

The vigorous secondary market activity isn't escaping the notice of game companies. In stark contrast to the recording industry, Sony didn't turn to courts and congressmen when it began to lose some control of its own product. It adapted.

At Sony Online Entertainment, officials have taken an if-you-can't-beat-'em-join-'em approach. They're cutting themselves in for a piece of the action with Station Exchange, an in-game auction service set to launch at the end of June that will let players buy and sell items and characters.

"The market is huge... There is no way that our company can be 100 percent successful at shutting down this activity," SOE spokesman Chris Kramer said.

The company has watched the sale of virtual items evolve from a handful of people to an estimated $200 million market, Kramer said.

"We've watched the secondary market skyrocket, even though it's officially against the rules," Kramer said. "We can no longer ignore it."

Critics have charged that Station Exchange lets players buy their way to the top and may open a legal can of worms. Though Kramer admits that the idea behind Station Exchange was controversial, even within SOE, with 20 to 25 percent of players buying and selling, the company says it's just giving players what they want. According to the results of an in-game poll conducted by Sony, players are almost evenly split in their feelings--for, against, or neutral--toward the service.

One person who isn't embracing the idea is Edward Castronova, a WOW player and Indiana University professor who has studied MMORPG economies.

"As a game player, I think all of that activity sucks--I hate it," Castronova said. "[But] as an economist, I look at this, and it all seems very natural to me."

Whether it's real or virtual goods, people are going to try to exploit the market for personal gain, Castronova said, but he believes there is more companies can do to stop third-party sales if they want to. But having players promise not to do it as a condition of playing isn't the right approach.

"What the game designers need to do is stop relying on the end-user licensing agreement," Castronova said.

He instead suggested designers can regulate the economy with in-game tools. For instance, the software could look out for situations where one avatar gives another a large sum of money in exchange for nothing. That may indicate that a purchase has taken place outside the game. Another idea was some sort of in-game tax.

But for the time being, it looks as though there will be more, not less, interaction between real and virtual economies. MMORPGs are attracting millions, and these games can be a large part of those players' lives.

For game designers, that means delving into disciplines they never imagined when MMORPGs debuted. Horror stories of virtual resource-hoarding, counterfeiting, and runaway inflation have taught hard lessons to game companies, and many now seek the advice of professional economists.

"When SOE first started EverQuest, there was no thought of 'what is our player economy going to look like in six years?'" Kramer said. Now, any successful virtual economy has to plan ahead.

But while the success of Sony's endeavor remains to be seen, the fact that the companies have to face this issue demonstrates the popularity of the genre. "It's a validation of your game when people are willing to spend upwards of $2,000 on a character," Kramer said. 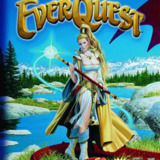