The shooter that's basically a combo of Halo and Portal has become extremely popular.

The Halo-inspired portal shooter Splitgate is having its time in the limelight, and a huge amount of people have flocked to the game during its ongoing beta test. Since its launch in July, the open beta has hit 10 million downloads--but this has come with some growing pains.

Along with this milestone, developer 1047 Games also announced that it is going to keep the game in open beta "for the foreseeable future." The free-to-play beta's current battle pass will end on August 24, though, meaning players only have about a week left to either level up through gameplay or buy levels to get all of the pass's items.

There's no word yet on when the beta will end, but we do know that the game's full release is delayed indefinitely. According to a press release, the studio realized that it cannot simply throw more server capacity at the game; rather, its scalability issues require more complex fixes. The developer teased more news coming at Gamescom on August 25, though, so we will likely have to wait for clarity on the game's timeline.

Despite originally coming out in early access way back in 2019, Splitgate's popularity has surged this summer and shows no signs of abating. The studio originally planned to launch the 1.0 version of the game at the end of August, but the massive influx of new players and corresponding stress on its infrastructure led 1047 Games to make the decision to delay the game.

Although its full release is likely a ways away, you can still dig into Splitgate's beta right now for free on PC, PlayStation 4, PlayStation 5, Xbox One, and Xbox Series X|S. In addition, the studio said that it's working on current-gen upgrades for the game, although it gave no timeline for release. 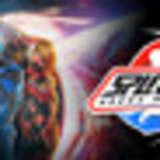