The announcement comes as a surprise to players, as the indie FPS is still in beta and has a popular esports scene.

1047 Games announced today that its free-to-play portal-based arena shooter, Splitgate, will end feature development following the release of its next and final battle pass. Given the fact that the highly popular game is still in its infancy (and only came to consoles just over a year ago), many fans were caught off-guard by the announcement. Even more surprising was the revelation that the team at 1047 Games is working on a new game set in the Splitgate universe.

Important announcement from 1047 Games about the future of Splitgate: pic.twitter.com/5E0YG1DWQm

"After careful consideration and much deliberations, the 1047 Games team has determined that in order to build the game fans deserve--and to build it in a way that isn't trying to retrofit and live-operate an existing product--we are ending feature development of Splitgate," read a portion of a message tweeted from the official Splitgate Twitter account earlier today.

"Splitgate achieved a level of success that we could not have anticipated and that few indie games are fortunate enough to reach," the post continued. "That initial success brought an opportunity to turn what started as a college dorm dream project into a AAA game that could stand toe-to-toe with shooters from the biggest publishers in the industry. But this also meant that as we've brought on top-tier talent from across the industry, we've spent a lot of our time trying to rework old content and systems that were originally built by a handful of people."

Beta Season 2--which brought a plethora of updates to the game, including new game modes and a revamped leveling system--is currently underway, and the game has a thriving competitive scene, so players are naturally concerned for the future of the game in light of today's announcement. Thankfully, the team at 1047 Games came prepared for questions, following up the first tweet with a second one containing links to a blog post regarding the future of the game, a FAQ page, the official Splitgate Discord server, and the game's website.

In short: No, Splitgate's servers are not being shut down. Yes, the game will continue to receive regular bug fixes and server maintenance. Yes, there will be another battle pass--the Splitgate Infinite Battle Pass--and it will be available free of charge.

"It will be high-quality and feature multiple new characters… including our best female character to date," the developer said of the upcoming battle pass. "We will also continue to supply items for drops and maintain the Splitgate in-game store for the foreseeable future."

Regarding Prime Gaming and esports, the FAQ states, "First, we want to acknowledge the incredible skill of our Pro players and for the amazing partnership with Logitech and Prime Gaming. We are currently in the midst of the fall season of the Spligate Pro Series which concludes October 2, 2022. We continue to support Splitgate Esports through 2022 and are working on ways to offer competitive play in 2023."

Unfortunately, Splitgate's planned debut on the Epic Games store and rumored debut on the Nintendo Switch console have both been canceled, according to the FAQ. But all things considered, that's a small price to pay given the effort developers are putting into rebuilding the game from the ground up and even devising a way for current Splitgate players to be rewarded in the future for supporting the game in its infancy.

So what went wrong? According to the FAQ, nothing--Splitgate has simply outgrown its initial design and needs to be reworked from the ground up to create a product that's stable in the long run.

"Our intention has always been and remains delivering a AAA-quality game from top to bottom," reads the FAQ. "In all honesty, our game is not AAA from top to bottom. We started with a small team and grew and we have maps that need visual and design reworks, a number of skins that are not to our new quality bar, and many other aspects we intended to upgrade, rework, or replace over time. But we needed to do that work while creating lots of new content, game modes, maps, and more and future-proofing our game to be able to last a decade. We realized it was just not realistic or reasonable and we would not be able to deliver on our goal continuing down this path. Our new plan will allow us to create a AAA experience with the big launch we had hoped for."

In the end, it seems this decision is simply the result of wanting to preserve the game's health, and despite the relatively shocking news, 1047's developers have assured fans of the game that this isn't the end for Splitgate. In fact, it's just the beginning--the announcement also contained an incredibly exciting revelation: A new game set in the Splitgate universe is currently in development.

When it comes to the new Splitgate game, details are currently sparse, though the developer has confirmed it will be a multiplayer title. 1047 Games has also stated that the studio won't have anything to announce regarding the new game for a while, but hinted at the possibility of current Splitgate players receiving rewards in the upcoming game.

"We appreciate everyone who has tried Splitgate and those who continue and will continue to play and support Splitgate," the developer states on the FAQ page. "We don’t intend to take that support for granted."

The developers did, however, give players a small idea of what to expect from the upcoming game.

"We're turning our attention away from iterative, smaller updates and going all-in to focus on a new game in the Splitgate universe which will present revolutionary, not evolutionary, changes to our game," the developer stated on Twitter. "It will have a shooter, it will have portals, and it will be built on Unreal Engine 5. Oh, and it will be free."

The developer also announced a Discord Town Hall scheduled to take place today, September 2, at 11 AM PT / 2 PM ET, followed by a Reddit AMA at 12 PM PT / 3 PM ET. The Town Hall and AMA will give players a chance to directly converse with the game's developers and get further clarification on any unanswered questions they may have regarding the future of Splitgate.

"This is a 'see you soon,'" reads the final sentence of the developer's announcement. "Not a 'farewell.'" 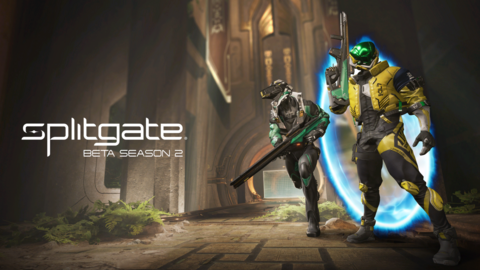 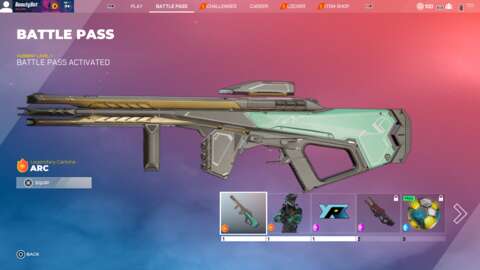 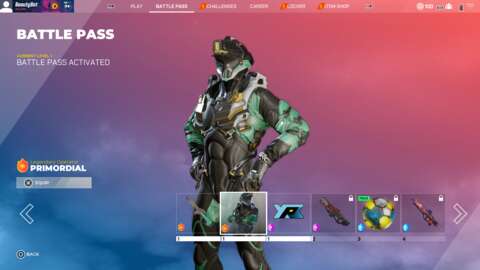 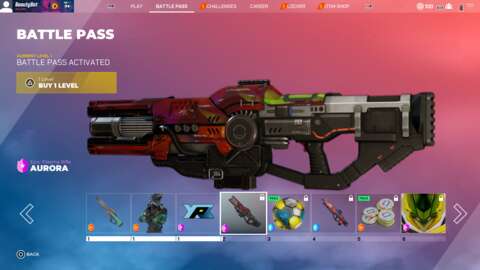