Effective September 15, Ubisoft has said that preorders for the Xbox version of Rainbow Six 3 at select retailers will be rewarded with a special bonus disc with playable demos of Rainbow Six 3, Ghost Recon, Ghost Recon: Island Thunder, and Splinter Cell. Additionally, the disc will offer new playable levels for Splinter Cell and Ghost Recon: Island Thunder, which can be downloaded to the Xbox hard drive and played in conjunction with retail versions of these two games.

Two new Splinter Cell missions are set against the backdrop of the Vselka, a Russian nuclear submarine. Players must first infiltrate the base and, later, the submarine itself. Also, the disc will offer Kola Cell, a mission made available previously by download through Xbox Live. There are four new maps for Ghost Recon: Island Thunder. These are Aurora, a compound set in the desert; Riverbed, canyons bisected by a dry riverbed; Roadblock, an intersection blocked with debris; and Tank, a road crossing over bridges and canyons. Each of these missions has different objectives.

Rainbow Six 3 for the Xbox is due in early November for $49.99. However, currently both EBGames.com and Gamestop.com are selling the Rainbow Six 3 demo disc separately for $9.99. 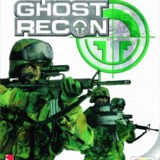