The Nintendo Switch OLED Splatoon 3 Edition is still available at multiple major retailers. The console launched on Friday, and it's the first special-edition Switch OLED Nintendo has made. It's a bit surprising that the console has remained in stock at most major retailers through the weekend, but we'd still recommend ordering ASAP if you're interested. There's no telling when it will sell out across the board, and it's unclear if Nintendo will continue to manufacture the console throughout the holiday season.

The console does not come with a copy of the upcoming game, which releases on September 9, but it's only $10 more than the cost of the regular Switch OLED. It's not the only Splatoon 3-themed product Nintendo is releasing to celebrate the launch of one of the biggest upcoming Nintendo Switch exclusives. On September 9, you'll also be able to purchase a Splatoon 3-themed Pro controller and carrying case.

If you still need to preorder a copy of the game, you can order a physical edition for just $49 with our exclusive promo code. Also, make sure to take a peek at our Splatoon 3 preorder guide. Multiple retailers have unique preorder bonuses. Sadly, the free plush (arguably the best bonus) that Walmart was offering is currently out of stock, and it's unclear if more will be available at launch. But you can still get a free keychain at Best Buy or a sticker sheet at GameStop. Meanwhile, Amazon is offering free release-day delivery for Prime members. 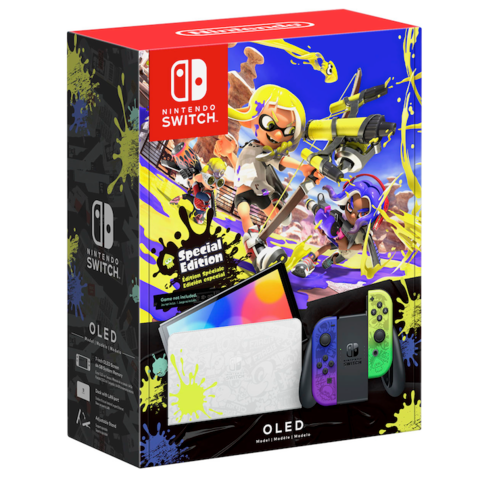 The console has an eye-catching design. Its purple and green Joy-Con controllers have a graffiti look that showcases characters and art from the game. The dock is white, but looks markedly different from the conventional white Switch OLED dock. It has a washed-out appearance with matching graffiti and a large yellow splotch of paint in the lower left-hand corner. 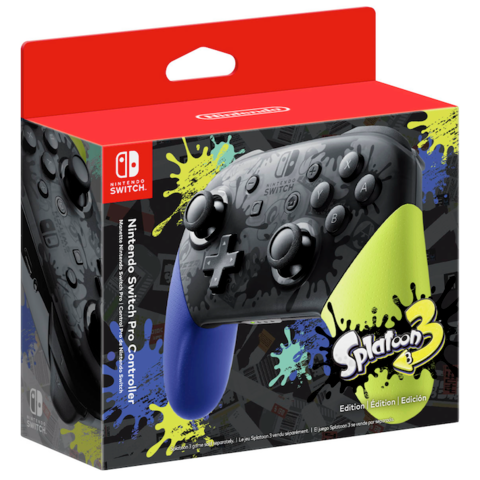 Nintendo is going all out for the release of Splatoon 3. Alongside the game's launch on September 9, you'll be able to pick up a Splatoon 3-themed Pro Controller and a carrying case that matches the dock.

The controller is currently listed at Best Buy for $75. Expect it to be available to purchase on September 9. 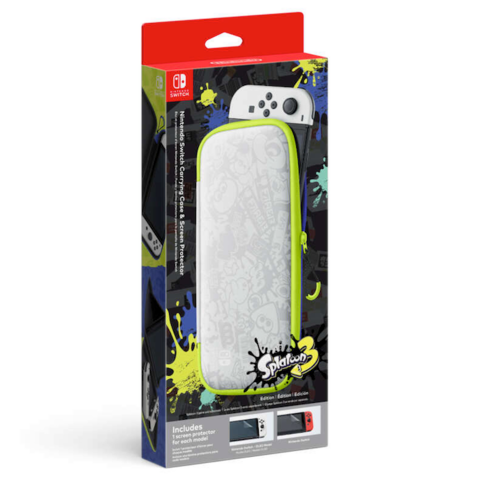 The $25 carrying case is also listed at Best Buy. It comes with a screen protector to help you protect your fancy new Splatoon 3 Switch OLED.