What we heard: In June 2006, unconfirmed reports claimed that famed filmmaker Steven Spielberg was in talks to direct a World of Warcraft movie--a gig Spider-Man director Sam Raimi would land three years later. In October 2006, another top-selling game, Halo, would see its planned film adaptation put on indefinite hold and its would-be executive producer, Lord of the Rings helmer Peter Jackson, move on to new projects. 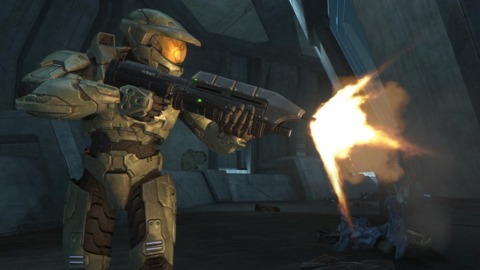 One of Jackson's projects is producing the computer-animated version of the classic graphic novel The Adventures of Tintin: Secret of the Unicorn--which Spielberg is directing after he wraps the just-announced remake of Harvey. Now, in an incestuous twist all too common in Hollywood, comes another unconfirmed report saying that Spielberg may take over as executive producer of the Halo film, which remains in development limbo.

According to an article posted late Friday on IESB, Spielberg's production company, DreamWorks, is in "active negotiations" with Microsoft to acquire the Halo film rights. Previously, 20th Century Fox and Universal Pictures were partnering to distribute the film, which was reportedly doomed by studio rivalry and concerns over its $160-$180 million production cost. 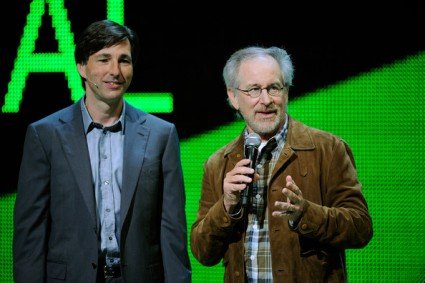 According to IESB's multiple sources, DreamWorks wants the Halo property to be the first in a series of summer blockbusters it would release through its newly minted distribution deal with Walt Disney Pictures. (In a further touch of irony, DreamWorks had been negotiating with Universal just days before the Disney deal was struck in February.) Apparently Spielberg was sold on the project after being "blown away" by the latest rewrite of the Halo script by G.I. Joe screenwriter Stuart Beattie. (The original Halo screenplay was written by Alex Garland, who penned the script for the cult zombie-apocalypse film 28 Days Later and the dark travel novel The Beach.) Beattie's script is itself based on Eric Nylund's 2001 novel Halo: The Fall of Reach, which is believed to be the basis of what looks like Bungie Studios' final Halo game, 2010's Halo: Reach.

The official story: "We're glad there's still a lot of enthusiasm in the entertainment industry surrounding the idea of a Halo movie. That said, the Halo feature film remains on hold as we focus on projects like Halo 3: ODST and Halo: Reach. We have nothing further to share with respect to plans regarding a Halo movie." -- Microsoft rep.

Bogus or not bogus?: Though there's only IESB's word to go on, Spielberg-produced Halo looks plenty plausible. Besides being an avid gamer, Spielberg has strong ties to the gaming industry in general, having helped craft the original Medal of Honor and, more recently, having codesigned the Boom Blox games with Electronic Arts. Spielberg is also chummy with Microsoft and was on hand at June's Electronic Entertainment Expo to talk up the possibilities of the forthcoming Xbox 360 motion-sensing camera, Project Natal. Whether that relationship translates into an executive producer role for the filmmaker remains to be seen.