Special Nier Events For This Month Announced By Square Enix

The two events will provide the latest updates on the Nier franchise, including the upcoming Nier: Replicant upgrade and the Nier: Re[in]carnation mobile game.

The eccentric developer Yoko Taro is known for doing things his own way, and the upcoming events in his Nier franchise that were just announced by Square Enix are no exception. The first event is titled "We Have a Decent Amount of New Info" special, and it will start September 24 at 6 AM PT / 9 AM ET. Two days later, on September 26, the "Mostly No New Info" special will follow at 6 AM PT / 9 AM ET as well. It will be available on YouTube and Twitch. If the name is accurate, it will share...a decent amount of new info.

As the above tweet reveals, several staffers known for working with Yoko will attend the event, including Yosuke Saito and Keichi Okabe. Since the surprising success of Nier: Automata raised Yoko's profile considerably in the West, the Nier series has diversified going forward, albeit in a rather confusing fashion. These events will likely offer new details on the upcoming Nier Replicant ver.1.22474487139…, which is an upgraded version of the original Nier that will be playable on current platforms, like PC, Xbox One, and PS4.

Currently, the only way to play Nier 1 is to dig out your PS3 or Xbox 360, and a used copy of the game is comparatively expensive. The game has gone on to become a cult hit since its original release.

The announcement also suggests that the event will offer updates on Nier: Automata, which was originally released in 2017, and Nier: Reincarnation, which is an upcoming mobile game with ties to the rest of the series. We've previously been able to see the combat in this mobile spin-off.

Over the past few months, Yoko has released a mobile game titled SinoAlice, as well as designing some guest content for Final Fantasy XIV. If you still haven't played Automata, it came to Xbox Game Pass back in April. The game is also available for the launch of Xbox Game Pass on Android devices, meaning you can be sad wherever you go. The service isn't yet on iOS, likely due to Apple's policies toward game-streaming services being much more restrictive than Google's.

The success of Nier: Automata almost certainly means we are getting a follow-up game at some point. The game sold more than 4.5 million copies despite its predecessor being a fairly niche title. If we know Yoko Taro, however, the "sequel" won't be a direct continuation of any of the previous games' events. 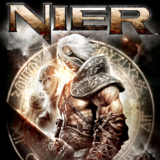