Space Invaders: Invincible Collection Is Coming West As A Physical Release On Switch

The collection, which has already released in Japan, will be available for preorder soon in three editions.

Space Invaders: Invincible Collection is coming to Switch, and it'll bundle together 11 Space Invaders games from between 1978 and 2018. The bundle, which is exclusive to Nintendo's console, has been confirmed for a limited physical release from Strictly Limited Games, and preorders will open on Sunday, June 28.

The game is something of a collector's item in Japan, where it released in March in numerous different versions. Over there, four games were locked to the more expensive and limited Special Edition; that is not the case for the western release.

This is the most complete collection of Space Invaders games ever released, and it will include the following 11 games, ported by Gotch Technology:

This is the first time Arkanoid vs. Space Invaders, a mobile game, has received a console release.

Furthermore, three separate releases are coming, including a Collector's Edition and an "Ultra" edition. The standard edition will cost €60 ($68). The Collector's Edition, which costs €100 ($113) will include the following items on top of the game:

The €150 ($170) Ultra Edition will contain all of the above, plus the Space Invaders Invincible board game (pictured below) and "more special items."

We asked the relevant PR whether the game would also be receiving a digital release on Switch, and were told "no comment". A quick search of "Space Invaders" on the Japanese Eshop returns no results, so it's entirely possible that this will be a rare physical-only release. A release date has not been set yet. 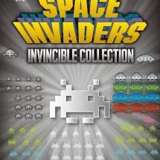