You'll soon have the chance to play some South Park-themed virtual pinball, as Zen Studios has teased new South Park content that will be coming to its games later this month.

Unfortunately, we don't know much more than that at this point. Zen posted the image above on its blog, confirming it'll treat Kenny no more kindly than the TV show. It was accompanied by a short statement indicating that two pinball tables are coming sometime this month, and that more details will be revealed soon.

What it didn't say is how much these tables will cost or which games the tables will be available for. The developer has two different console/PC pinball games it supports: Pinball FX 2 on Xbox 360, Xbox One, and PC, and Zen Pinball 2 on PS4, PS3, Vita, and Wii U.

Past content, like The Walking Dead Pinball, was released for both games across all platforms (as well as the mobile versions of Zen Pinball). That means the odds are good that, if you have the game on one system or another, you'll be able to get your hands on the South Park Pinball DLC, though that has yet to be confirmed. 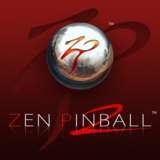