Boris Salchow talks to us about the musical transition from Resistance 2 to Resistance 3.

Set four years after the events of Resistance 2, Resistance 3 follows the dishonorably discharged Sentinel Joseph Capelli, who has given up the fight against the Chimera. While the game is a direct sequel to the previous Resistance, the tone of the score has changed to reflect the desperate struggle of the remaining survivors on Earth. Read the interview to learn more about Boris Salchow's start in the industry and the challenges that he faced on his recent project. We have embedded some tracks below from the original score, so please have a listen and leave your feedback in the comment section below. At this time, a soundtrack release has not been announced.
Resistance 3 Original Soundtrack

Boris Salchow: My name is Boris Salchow. I'm a composer based in LA, and I write music for movies, games, commercials, and whatever else might need some music to add an emotional layer to a story.

I grew up being exposed to classical music even before my earliest memories--operas, symphonies…all with a clear bias towards the more dramatic and intense direction. I started playing and studying piano early on and continued for a long time.

In my teenage years, though, I discovered the raw power of the electric guitar, which led to many years of playing in bands and leading bands in the rock, punk, and crossover realm, and in the later years I started injecting more and more orchestral elements into that mix too.

The third big shift happened when I heard a record from Aphex Twin for the first time. That unveiled a previously unknown galaxy to me. And pretty quickly instead of screaming guitars, you'd hear me experimenting with all kinds of electronic sound-making devices I could afford. This would lead to a collection of usually very long (20 minutes plus), dark, and somber songs that I would perform as a part of bigger electronic music festivals. Often those gigs took place from 2 a.m. until 5 a.m. in the morning.

And now that I am writing music for movies, games, commercials, etc., I combine those three different lives into one versatile toolset.

BS: All the sound sculptures of the Baschet Brothers.

BS: I always get tears in my eyes every time I hear a great group of musicians perform in a way that all their parts start melting together to create this magical energy that you can't explain. This can be a trio playing folk songs as well as a rock concert or a whole orchestra playing a symphony. And obviously, hearing my own music being performed by live players is always an amazing experience!

BS: There were multiple alleys leading to it. While I was still living in Germany, Electronic Arts created a game based on the TV series I worked on for many years. Here in the US it took me some time until I was in a situation where I could deliver some additional music for a couple of major titles. My relationship with Insomniac started by receiving a letter from their audio director, Paul Mudra, who had listened to a CD with my music and thought it could be a great match for Resistance 2.

GS: What can you tell us about the score and the style for Resistance 3? Are you drawing upon your experiences from Resistance 2?

BS: Even though Resistance 3 is a continuation of the story in Resistance 2, we are dealing with a completely different emotional palette. Not only has the world as such changed dramatically since we left the events at the end of Resistance 2, but also the narrative angle is a new one--you are the resistance. And you are a human being in the first place--a father and a husband, fighting for his family to survive.

The score for Resistance 2 mainly highlighted grotesque monsters on one hand and hailed the soldiers of the SRPA team on the other. In Resistance 3, we focus on humanity's struggle to survive--people who have lost loved ones, lost their homes and everything they owned, but who are absolutely determined to rescue their communities from the Chimeran forces. The score reflects that; it is a very diverse score, but you will find a lot of intimate and somber music in there this time. It was crucial to record this score with a live orchestra to make it feel as human as possible. We chose London's Abbey Road Studios for recording Resistance 3. This famous and historic venue as well as London's world-class A-list players were the perfect match for this game.

GS: You've also worked on Ratchet & Clank: A Crack in Time. What is it like switching gears from composing music for shooters to composing for a funny platformer?

BS: It's part of my job as composer to constantly switch gears. While working on Resistance 3 I also wrote music for a handful of commercials, a teenager comedy-drama film, and even some Brazilian-esque tunes for an art project. 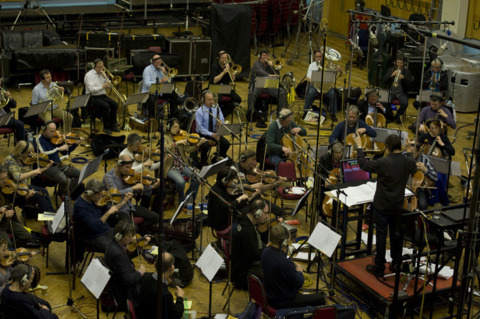 It always sounds better with a live orchestra.

GS: What were your biggest challenges on the score?

BS: Probably taking the music into a new direction by adding all those emotional and narrative layers while keeping the adrenaline pumping at the same time…because we are still dealing with a very intense and fierce shooter game!

GS: For shooters, the gunfire and other sounds tend to drown out the music. How do you approach your compositions knowing that this might be the case?

BS: This is a very good question and one of the most important lessons I have learned. A great solution is to create music that does not use sounds similar to the sound design. If you have lots of gunfire and mechanical sounds taking place, one of the best things you can do is to keep the music all orchestral. And suddenly music and sound effects don't compete anymore; instead, they complement each other.

GS: How do you approach individual tracks?

BS: I work in a very theme-oriented fashion, which means once the main themes are established, they are my toolset to approach most of the individual scenes. But as important as the themes are themselves, each scene is always part of a bigger narrative arc. I always try to make sure that whatever I write makes sense in conjunction with what happens before and what will happen after that specific scene.

GS: Are you a gamer?

BS: I usually only have time to immerse myself in the games that I am involved with. I wish I had more time to play other games as well.

BS: With the vast amount of different technologies and different types of games out there, video game music will probably go into many different directions at the same time. But I really want to make a case for the kind of approach we did with Resistance 3, where we had the time and the budget to find the perfect language and then to follow the narrative really closely throughout the whole storyline. This really amplifies the overall storytelling experience.

BS: As I mentioned before, I probably do not play enough games. But if we expand this question to movie composers, my favorites might be Elfman, Goldsmith, and recently Desplat and Trent Reznor. All of these have a voice of their own but are still incredibly versatile in venturing into different styles at the same time. And most importantly, all of them add new layers to the story instead of just repeating what you already see.

GS: What are your biggest influences?

BS: Well, some of them I mentioned earlier. I'd say that Shostakovich and Stravinsky and Debussy are important to me on the classical spectrum. At the same time, Aphex Twin, Neurosis, and early works by Amon Tobin really left an enduring impression on me.

GS: What advice do you have for aspiring video game music composers?

BS: Write as much awesome music as you can, and make sure it gets heard out there.

GS: Thank you for your time! 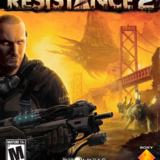