Souls-Like RPG Hellpoint Has Been Delayed

The game will not be releasing on April 16 as originally planned.

Hellpoint, the sci-fi souls-like RPG, has been delayed due to COVID-19, moving the release date back to Q2 2020.

Hello, community!
We at Cradle Games would like to address all of you regarding a very important #Hellpoint matter⬇️ pic.twitter.com/7BZnZbWtbi

Taking the RPG elements of Dark Souls and the creepy sci-fi elements of Event Horizon, Hellpoint takes place in the aftermath of a massive quantic cataclysm. Play as a mysterious character and mold the story to your own will with decision making having a big effect on how the game progresses.

Cradle Games announced the delay on Twitter, saying that the COVID-19 pandemic was the reason behind the delay. Hellpoint was originally supposed to release on April 16, but due to issues from the events occurring around the world currently, the team is going to take a few more months to improve the quality of the game before release.

Hellpoint will release on PC, Xbox One, PS4, Nintendo Switch, OSX and Linux later this year. 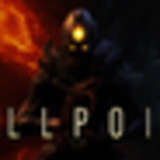