Raziel will continue his adventures exclusively on the PlayStation 2.

Sony and Microsoft are seemingly in a race to lock up the most third-party exclusives. The latest game to receive the exclusive treatment, this time for the PlayStation 2, is Eidos Interactive's Soul Reaver 2. Originally in development for the Dreamcast, the game was moved over to the PS2 following the demise of Sega's console. Now, it will be released exclusively for the PS2 in North America.

"We are pleased to be able to continue our strong partnership with Eidos Interactive, built through the success of popular PlayStation franchises such as Tomb Raider and Legacy of Kain," said Andrew House, senior vice president of Sony Computer Entertainment America. "As PlayStation 2 penetration continues to reach unprecedented levels in all markets worldwide, consumers will welcome new installments of these popular franchises, like the upcoming release of the platform-exclusive Soul Reaver 2. Supported by SCEA's co-marketing program, Soul Reaver 2 promises to deliver an unrivalled gaming experience, making it a perfect companion for the PlayStation 2."

"Soul Reaver 2's selection as a PlayStation 2 exclusive proves the strength and consumer popularity of the Legacy of Kain brand," said Rob Dyer, president of Eidos Interactive. "Soul Reaver 2 elevates the entire series through its deep storyline, award-winning voice acting, and advanced streaming engine technology that showcases the capabilities of the PlayStation 2 hardware." 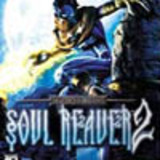