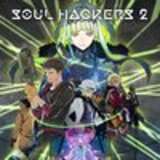 With its most recent Persona games, Atlus has landed on a stylized presentation that elevates its beloved RPG franchise, making it as cool to look at as is it is enveloping to play. Twenty-five years after its predecessor was first released and a decade after it made its way to North America on the 3DS, Soul Hackers 2 gives a sci-fi twist to Atlus's stylish sensibilities and potentially gives RPG fans a different take on what they already like about the developer's titles.

Soul Hackers 2 is the follow-up to Demon Summoner: Soul Hackers, itself a sci-fi spin-off in the Shin Megami Tensei franchise. GameSpot got to spend a few minutes playing Soul Hackers 2 at Summer Game Fest 2022, where we got a quick sense of how the game will play. According to Atlus, while the first Soul Hackers had a pretty hardcore RPG bend that might have turned off some players, the sequel is looking to be a little more welcoming, while also seemingly borrowing a lot of what works from recent successes like Persona 5 to present a new story.

While it's a sequel, Soul Hackers 2 is its own story, set in the same world as Soul Hackers but without continuing that tale. It's also looking to provide players with a somewhat more mature story than, say, the Persona games--with Soul Hackers 2, you're dealing with a group of characters who are older, rather than those making their way through high school. But this is also a supernatural sci-fi RPG, so expect some fantastical elements; for instance, there are demons, and you summon them.

Our hands-on time didn't provide much of a sense of the premise of Soul Hackers 2 or its overall story. You play as Ringo, a character created by a sentient artificial intelligence and dispatched to stop some coming event from ending the world. As you might expect, you recruit other characters to join the ranks of your team, including rival factions of devil summoners, who wield the ability to make contracts with demons and harness their powers.

Demons are at the center of the game, giving you powers in battle like magical spells, provided you can get them to join up with you. For instance, we entered a dungeon and dispatched our demons ahead to check the place out. Exploring along the way, it was possible to meet up with our demons, who had found items or intel about the dungeon. Sometimes, one of your allied demons might find a demon to meet you, giving you the opportunity to recruit them to the team, as well--provided you can do what they ask. As we ventured through one dungeon, a pig-like demon was willing to join up as long as we were able to give him a couple of tasty items from our inventory. The demons on your team allow you to equip attack skills to your characters, so having a good variety helps make you more effective in different situations.

You also fight demons throughout the game, and we encountered a version of the pig demon in the dungeon before one decided to join us. Enemies appear as characters walking around dungeons as you explore them, and while you can hit them to knock them down or dodge around them as you're moving through an area, touching one sends you into a turn-based battle. Soul Hackers 2's fights are all about uncovering information about your opponents and then exploiting their weaknesses with elemental attacks. A regular melee attack might do minimal damage against one kind of demon, but another kind that's weak to that type of attack takes massive damage.

Every time you exploit an enemy's weakness, you earn one "Stack" point, as well. At the end of your turn, Stack points are automatically used to summon your demons, who then lay into your opponents--basically earning you a powerful bonus attack. This "Sabbath" adds more demons the more Stacks you manage to build up during your attack phase, so the more intelligently you fight, the more devastating your end-of-turn demon strike.

Managing your demons goes beyond just recruiting them when you find them in the world. You can also use various crafting materials to "fuse" two demons together, creating something new. We briefly saw the fusion system in action, picking two of our lesser demons to make a stronger one. The system gives you the option to customize your creation based on the demons you used to create it; each demon has a set of abilities, and when you make a fusion, you can choose which of those original abilities to bring over to your new demon to customize it as necessary.

As you might expect from an Atlus RPG, while combat is a big part of Soul Hackers 2, you're going to be spending a whole lot of your time engaging with the game's characters. Enhancing your relationship with your teammates is an important part of the experience, not only because it expands on the game's story, but also because it empowers you in battle. During our hands-on, we were able to initiate a Hangout session at a bar with one of our teammates, Arrow, starting a conversation to get to know him better. Your choices through dialogue during these moments can allow you to deepen your relationship with characters--make choices that lead to them trusting you more and considering you a friend, and you'll increase their Soul Level.

You'll also increase your Soul Levels with teammates as you progress through Soul Hackers 2's story, depending on the choices you make along the way. It sounds like doing so will have some combat benefits as your group becomes a stronger team. It definitely has story benefits, too; Atlus said during our hands-on time that increasing your Soul Levels with different characters can even unlock access to new physical locations, as well as more story for those characters. Overall, it sounds like investing in raising your Soul Levels is going to pay off with more time with your characters to build relationships, and potentially, more story for the game overall.

Our look at Soul Hackers 2 was a brief one, but despite the abundance of features like fusion and demon negotiation, it does seem pretty approachable, even for players who aren't super-familiar with SMT, Persona, and Atlus's brand of role-playing game. Battles are straightforward and easy to understand, while still rewarding you for smart play and tactical thinking. But the most interesting part of Soul Hackers 2 seems like it'll be the game's dedication to its characters, with plenty of room to invest time in getting to know your team and the world they inhabit.

Soul Hackers 2 is headed to PlayStation 4, PS5, Xbox One, and Xbox Series X|S on August 26.