What do American Pie's Stifler and Soul Calibur's Sophitia have in common? Two words: Warren Zide. According to The Hollywood Reporter, the American Pie and Final Destination producer has purchased the film rights to Namco's fighting game series.

While no date has been set, the project will be Zide's first under his new Sony-based production banner, Anthem Pictures. Matthew Rhodes, Noel Vega, and Jesse Warshal will coproduce.

While no details were given on the Soul Calibur movie's plot, it is likely it will take elements from the original Dreamcast and arcade game as well as from Soul Calibur II, the arcade, PlayStation 2, Xbox, and GameCube sequel. Both games concern a cast of mighty warriors, lots of brutal hand-to-hand combat, and the all-powerful Soul Edge.

GameSpot will have more details on the Soul Calibur movie as its preproduction nears. 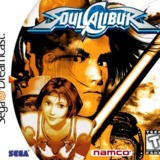