Sony Shutting Down Services for Fat Princess: Piece of Cake on Vita/Mobile [UPDATE]

Fat Princess: Piece of Cake will have its online services shut down on all platforms by early next year.

[UPDATE] Sony has responded to GameSpot's request for comment, saying the posted mobile date is wrong and is being corrected to line up with the Vita version's shut down on January 1 at 1 AM PT. Additionally, Sony told us that the game will no longer be downloadable from the respective stores after the shut down date. You will still be able to play it in offline mode, as long as you don't remove it from your device, though.

Original story: Fat Princess: Piece of Cake is having its online services shut down. A retirement notice has appeared on the Android and iPhone pages for the free-to-play puzzle game, while Sony is alerting Vita owners through email.

On the Vita, Piece of Cake's online features will be discontinued next year on January 1 at 1 AM PT. The Android and iPhone versions are shutting down one month earlier on December 1 at 12 AM PT.

In-game purchases are now disabled. Additionally, players can no longer spend any earned or purchased gold on in-game items, earn a voucher for Fat Princess on PS3 for finishing level 15, or download the game from "My apps." Players will, however, be able to play Piece of Cake in offline mode for as long as they have it on their device.

We've contacted Sony for more information on Piece of Cake's closure and whether you'll be able to download the game after its online services are shut down. We'll update this article as we hear back. 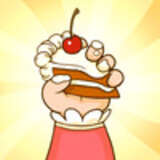