PlayStation 2 owners whose systems have given them inappropriate "Disc Read Error" messages are eligible to reap the benefits of a settlement in a class action lawsuit they might never have heard of.

Sony Computer Entertainment America, Sony of Canada, and Toys R Us of Canada have settled a class action lawsuit over the systems, pending the approval of US and Canadian courts. If those courts approve the settlement, gamers who have recently purchased, repaired, or lost the use of an affected PS2 are eligible to receive a check for $25 ($31 Canadian), a free PS2 game from a specified list, or a free or reduced cost repair or replacement (at SCEA's discretion) of an affected system.

A Sony rep confirmed the settlement for GameSpot but insisted it is in no way an admission of guilt. "While we are convinced that there is no problem with these models, and that we would win if we defended this case through trial, we have agreed to settle these lawsuits to avoid the extraordinary high cost of cumbersome class action litigation," the representative said.

It should be noted that this settlement doesn't mean a free $25 for everyone who ever got a "Disc Read Error" message from his or her PS2. All claims must be accompanied by proof of the purchase and/or repairs. Claims must be made over the settlement Web site or mailed and postmarked by February 16, 2006.

It will be a while before anybody sees the benefits of the suit. First the settlement needs the approval of the courts, and those hearings in the US and Canada have been tentatively scheduled for April 28, 2006, and May 11, 2006, respectively.

For more details on who qualifies for the benefits and how to claim them, check out the settlement Web site. 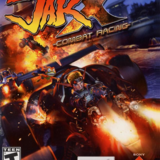