When the PlayStation Portable went on sale just over a year ago, the movie industry embraced it. Major studios saw the device's proprietary Universal Media Disc (UMD) format as a way to wring further income out of their vast film libraries.

And attempt to wring they did. To date, 239 movie and television-show UMDs have been announced or released. The list is a mismatched mix of independent films (Hustle and Flow, The Brothers Grimm) and big-budget flops (Stealth, Lord of War, Rent), along with occasional blast from the past (Richard Pryor: Live on the Sunset Strip) and television offerings (Beavis and Butt-head). However, as was the case with DVDs in the late 1990s, many films with the potential to mint money (Star Wars, anyone?) remained unreleased on UMD.

Over the past few weeks, there have been increasing signs that Hollywood is now much less bullish on UMD movies. Last month, Variety reported that Paramount Home Entertainment, Warner Home Video, and even Sony Pictures Home Entertainment, were scaling back on UMD releases because of poor sales.

Today, the Hollywood Reporter ran an article claiming that two major studios have ceased releasing UMDs altogether. Citing unnamed executives, the paper claims that the home-entertainment divisions of Universal Studios and Paramount Pictures have "completely stopped" shipping titles on the format. "We are on hiatus with UMD," one anonymous executive told the paper. "Releasing titles on UMD is the exception rather than the rule. No one's even breaking even on them."

That said, the article also holds out some hope for the UMD as a viable home-video format. Currently, one of the biggest reasons consumers don't buy films on UMD is because PSPs cannot play video onto televisions. But that may eventually change according to Benjamin Feingold, president of Sony Pictures Home Entertainment. Feingold told the Reporter that Sony is "hoping the format's going to be reinvigorated with next-generation capability that may include living room or normal television playback," he said. Sony reps declined to elaborate on Feingold's comments.

Even if Hollywood does cease releasing films on UMD, Sony will continue to ship games on the format, even though the company has announced plans to digitally distribute original PlayStation games directly to PSPs later this year. 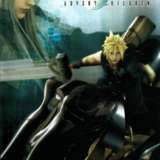