Sony Move-s 1 million in the Americas

When the NPD Group released its sales figures for September 2010, it pointed out the only area of growth was game accessories. Chief analyst Anita Frazier said a major factor behind the 13 percent year-over-year boost was the introduction of the PlayStation Move, the motion-control system for the PlayStation 3.

Today, Sony broke its silence by announcing the Move has shipped--not sold--1 million units in North and Latin America during its first 30 days on the market. The figure is in-line with analysts' estimates that it had a "modest" launch of just 300,000 units sold in the US during its first two weeks on sale. Sony had not released specific sales figures as of press time.

Although games like Lord of the Rings: Aragorn's Quest and Tiger Woods PGA Tour 11 sell for full price, a line of PlayStation Move games sells for just $40 each. There are currently 24 Move-compatible games on the market, with another 16 planned to ship by March 31. 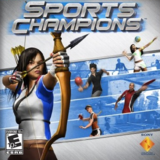