Sony Computer Entertainment today released some classified information about its upcoming PSP shooter, SOCOM: U.S. Navy SEALs Fireteam Bravo. The first handheld version of the militaristic shooter made its debut at this year's E3 and was scheduled for a fall release.

Sony got a little more specific today. It announced that the game would be available to SEAL pups-in-training on November 8, and it released some new screens (above). The game is currently in development by Redmond, Washington-based Zipper Interactive.

The PSP version of the franchise takes place in 14 international locales, including Chile (a PSP exclusive). Fireteam Bravo incorporates tactical, stealth, and action gameplay for mobile militants as they lead a squad of soldiers against multinational enemies. The game will also feature a Wi-Fi-supporting multiplayer mode and data syncing with the upcoming PlayStation 2 SOCOM III game via USB. The game will also feature an "instant action" mode, allowing gamers to take on levels in quick five- to 10-minute bursts, with new objectives and game types.

On the game's official Web blog, designer Richard Foge details many aspects of the upcoming game. "It's definitely been difficult to take the tactical action of typical SOCOM missions and try to set them up so that they play out in 5-10 minutes! You want to make sure that you aren't just adding 'fluff' content that maybe looks good on the back of the box, (50 billion+ levels!), but the demands of a full-on single-player SOCOM mission would require too much time, and too many people, to implement," Foge says in a post.

"That said, we have approximately 14 single-player missions in SOCOM: U.S. Navy SEALs Fireteam Bravo (FTB), each of those mission maps has 5 different Instant Action mode game types that can be played on it."

The team seems focused on the multiplayer portion of the game and expects it to be one of the more poular features. "The final stages of tuning are the most difficult...and I don't even want to start thinking about multi-player tuning! That's going to be one of the most stressful tuning phases this game goes through, and it's mostly going to be [fellow designers] Ed and CJ...but just thinking about it makes me twitchy. Multi-player has to be perfect. It can mean the difference between people playing the game for months and months or getting sick of it after a few days." 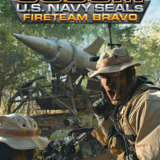