Socceraccess' latest utility makes it easy to follow the progress of and play through the upcoming Euro 2004 tournament in Portugal.

Socceraccess has today released its Euro Center utility, which, among other things, makes it easy for soccer fans to follow the progress of the ongoing Euro 2004 tournament. The utility also boasts a wealth of Euro 2004-related information, including player photos, tournament history, and databases devoted to the tournament's referees and stadiums. Owners of EA Sports' recently released UEFA Euro 2004 for the PC will also be able to use the utility to play any game in the tournament--at the correct stadium--with just one click.

Other unofficial downloads for UEFA Euro 2004 owners on the site include patches for changing everything from the players' boots and uniforms down to new TV-style pop-ups for the game. The Euro Center utility is available for download either directly from Socceraccess.com or right here from GameSpot DLX. 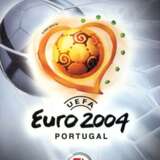