SNK's Samurai Shodown Is Making A Comeback On PS4

Swords at the ready.

SNK is developing a new entry in the Samurai Shodown fighting game series, and it will launch for PlayStation 4 in 2019. While details on game are scarce, it's being created on Epic's Unreal Engine and has a colourful visual style. As with previous entries in the series, combat is focused on weaponry, and iconic characters such as Haohmaru and Nakoruru make their return.

A trailer also sets up the story for the game, which takes place in 1787 in the 7th year of the Tenmei era. Matsudaira Sadanobu has been appointed counsel to the Shogun and given the task of ushering a new age of reform with the Kanei era. Fire, ruin, and famine still plague the lands, however, and a new evil threatens Japan.

The last entry in the series was Samurai Shodown: Sen, which released in 2009 for Xbox 360, so it has been almost 10 years since fans of the SNK fighting game series have had something to look forward to. Samurai Shodown, also known as Samurai Spirits, is revered by many fighting game enthusiasts, who place its importance as equal to the likes of Street Fighter and Tekken.

For fans of the genre, there's quite a lot to look forward to in the months ahead. Not just with new content for Street Fighter V and Tekken 7, but also because of Dragon Ball FighterZ, which has seemingly captured the attention of those looking for a fast, tag-based game akin to Marvel Vs. Capcom.

Another big fighting game on the horizon is SoulCalibur VI, which is launching for Xbox One, PS4, and PC on October 19. Classic characters such as Astaroth and Seong Mi-Na have been confirmed as returning for the newest entry in the series, but developer Bandai Namco has also created a new character for it called Azwel. In terms of a guest fighter, Geralt of Rivia from The Witcher series will be filling that spot. 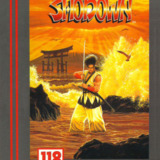