The latest Sniper: Ghost Warrior Contracts game is headed to the Middle East.

Following last month's gameplay reveal for Sniper: Ghost Warrior Contracts 2, developer CI Games has revealed where the game will take place. Unlike the previous two games in the franchise that were set along the Russian-Ukraine border and Siberia, Sniper: Ghost Warrior Contracts 2's sandbox is Kuamar, a fictional Middle East location filled with plenty of vantage points from to utilize.

Players won't just be limited to sniping positions though, as they'll be able to infiltrate enemy positions and engage in more traditional firefights with the forces of the tyrannical Kuamar regime led by its president Omar Al-Bakr and his wife Bibi Rashida. As the operative codenamed Raven, players will explore the region and its locales through a series of missions.

While it's no Sniper Elite when it comes to headshots, Sniper: Ghost Warrior Contracts 2 still has plenty of gore in the long-range department as evidenced by its accurate headshots that violently remove entire skulls from enemy soldiers every time a bullet finds its mark.

Players will be able to do use their sniping skills for more creative kills as well when the game launches on June for PC, PS4, PS5, Xbox One, and Xbox Series X|S. 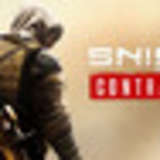