Being a sniper is about patience, after all.

New technology hasn't eradicated long load times in video games, and Sniper Ghost Warrior 3 is no exception. Quite the opposite, in fact.

Eurogamer has put together the video below illustrating just how long it takes to go from the main menu to the in-game action on PS4. It compares this particular instance--a wait that takes 4 minutes and 50 seconds--against the amount of time needed to do other things, such as speedrun Gone Home or complete a race in Mario Kart 8 Deluxe.

Our reviewer has also experienced similar problems in terms of near-five-minute load times (you can look for GameSpot's full review tomorrow). These long waits are present when loading a save game from the main menu or traveling to the four different territories but are greatly reduced after a death or when fast-traveling.

The long load times can be perhaps attributed at least in part to Ghost Warrior 3 adopting an open-world style, leaving behind the more linear nature of its predecessors. Ahead of its release tomorrow, a new patch has been released that addresses a variety of technical issues, but load times don't appear to be among the problems fixed in the update.

Speaking with GameSpot, CI Games acknowledged the "long initial loading times" but said that this approach allowed it to "shorten any loading times during missions, respawns, and fast-travel to a minimum." It estimates that fast-traveling takes 4-15 seconds, loading the last checkpoint takes 15-30 seconds, and restarting a mission takes 25 seconds.

"Ultimately we feel like this inconvenience is rewarded with a comfortable experience once the game is loaded," it added.

We don't know how the game performs on PC or Xbox One. Ghost Warrior 3 launches on all three platforms on April 25, so we should know soon how the PS4 load times compare to those on other platforms. 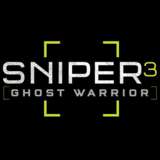