Rebellion says when it will unleash zombie Hitler.

Zombie Army Trilogy, a compilation of the Sniper Elite spin-off games, is coming to the PlayStation 4, Xbox One, and PC on March 6, developer Rebellion has announced.

The game will release as a digital download on Steam, Xbox Live, and the PlayStation Network, and the consoles will get a physical release as well, marking Rebellions first go at retail publishing.

Writing on the PlayStation Blog, Rebellion Creative Director Jason Kingsley said that they didn't want to bring the Zombie Army games to consoles until the PS4 and Xbox One, which were powerful enough to run them. He also said that Zombie Army Trilogy will also look better, taking advantage of improvements the studio made to its Asura engine.

As previously announced, the new package will also add five, never before released missions that will cap the Zombie Army Trilogy, a new horde mode, and four new playable characters.

If you haven't played the Zombie Army games before, they use the same engine and gameplay from Sniper Elite V2, notably it's ridiculously gory, slow-motion X-Ray Kill cam, but forgoes its realistic and stealthy aspects in favor of huge numbers of Nazi zombie enemies.

For a better look at the game, check out the new screenshots Rebellion released in the gallery above. 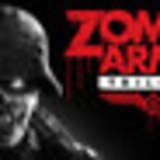