No one said taking on the Nazis would be easy, but we've got a few tips before you set out.

Sniper Elite 5 isn't a particularly easy game with its requirement of intense focus, plenty of patience, and a sharp eye. If you plan to beat back the Nazis in this World War II tale, you'll want to go in ready to give every moment of the game's stealth gameplay your full attention--which can take quite a lot out of a person. In this guide, we'll try to lift a little of that weight off your shoulders with a handful of tips that can help set yourself up for success.

Pick the right skills early on

Sniper Elite 5 sports a collection of skills that you can invest in by using points you gain each time you level up. Making good choices early on in your campaign can pay off drastically by granting you boons that completely change the playing field. For instance, you'll definitely want to grab both of the Health Boost skills and skills like Deep Breath and Cardio, both of which play a huge part in reducing how quickly your heart rate increases. Check out our Best Skills To Buy First guide for a list of all of the best early game pick-ups in the skill circles.

Spend some time perfecting your loadout

While you can get away with just any old loadout on the game's lowest difficulty, you'll want to learn which items suit your playstyle best when playing on higher settings. Before each mission, make sure you go through and consider what options will meet your needs.

If you want to be slow but tricky, try packing things like Schu-mines and grenades, the latter of which can be switched to a sticky option in-game. Both of these tools can be set up in choke points to explode when enemies get near them, allowing you to lure your foes into bad situations and pay the price.

Meanwhile, if you're a bit more aggressive, make sure you pack plenty of bandages to keep you healed up after shootouts. You can also bring grenades along to throw into groups of enemies for some explosive fun, of course.

As for guns, the name of the game is sniping here, so that's your most important choice when heading out into a mission. If you're the type to stay on the move and try to drop multiple enemies in quick succession, maybe take a rifle like the Gewehr 1943 with its faster firing rate. If you're a bit more of a methodical and stationary player, you may benefit more from a choice like the M.1903, as it has less bullet drop and extraordinary range as a trade-off for its slower firing rate.

No matter how hard you try to avoid close-quarters encounters with enemies, there are plenty of spots in the game that force you into buildings and other small spaces. And while you can sneak around and kill your enemies with brutal executions, you'll want to come prepared with a silenced pistol for picking off nearby foes from a slightly further range.

In the loadout menu, you can customize your pistol (and SMG, if you prefer) with a variety of suppressors that unlock as you uncover new workbenches throughout levels. Some suppressors are quieter than others but usually at the cost of something else, such as recoil and aiming time. These trade-offs no doubt suck, but aiming for the quietest possible option is generally a good rule of thumb so that you run a lower risk of alerting other nearby enemies with your shots.

Try to bring a decoy or two along on each mission, and grab them when you find them throughout the map. These will deploy a helmet on a stick and can be extremely useful diversion tools that can allow you to flank enemies while they're firing at essentially nothing.

Even better, you can opt to have your decoys deploy on a timer and then make noise, giving you ample opportunity to get into a flanking position prior to them going off and alerting any nearby Nazi scum.

Your goal in Sniper Elite 5, generally speaking, is to stealthily take out everyone you can before being detected. In other words, planning is everything, meaning you'll want to use your binoculars to scout out areas ahead of you and tag as many enemies as possible. Make sure you navigate all the way around major points of interest when you can, scoping out anything that can be used to your advantage and pinpointing your objectives so that you can get in and out if things go awry.

Mask your sound whenever possible

Keeping things quiet will lead to a lot more success than going in guns blazing, so masking the sound of your gunshots is of vital importance. You'll notice a variety of items like generators, vehicles, and more that can be sabotaged to create noise in the vicinity. When you're near these items, you'll notice a bar at the top of your screen that will expand when enough noise is present to mask your shots, so take advantage of that and take down your foes during these moments to avoid detection.

Due to weapon sway and bullet drop, it can be challenging to line up your shots. One easy trick to steadying your aim is to lay prone on the ground, giving you all the more incentive to find spots around the map that let you capitalize on this. Keep an eye out for tall buildings and guard posts that make for great sniper nests. Once you're spotted, though, the gig is usually up, so you'll have to move and find somewhere new to set up.

Not unlike the invasions in the ever-popular Dark Souls, Axis invasions allow another real person to invade your game. They can sneak around the map booby-trapping items, improving the awareness of other Nazis around you, and ultimately going in for the kill on you when they see an opportunity.

You can seek out phones in buildings that can let you get intel regarding the location of your invader, which can make the showdown feel a bit less overwhelming and tense for you. However, be aware that they can booby-trap the phones to make them explode when used and give them all of the information they need to know precisely what you're up to, so tread carefully. 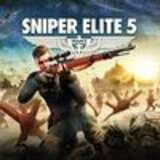