All multiplayer maps and modes will come for free to all players.

Those that commit to spending USD$34.99 on the season pass will receive the following:

Rebellion also confirmed that all future multiplayer maps and modes will be released for free to all players, regardless of season pass status. Sniper Elite 4 is due for release on February 14 on PlayStation 4, Xbox One, and PC.

If you're hoping to pick up Sniper Elite 4 for your PS4 Pro, here's a list of improvements you'll see over the vanilla PS4.

Want to see how the co-op modes work? Check out some co-op mission gameplay footage, or the wave-based four-player co-op survival mode. 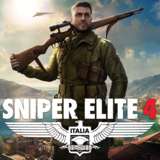