Snag A Classic Strategy Game For Free At GOG

Europa Universalis II is free to claim for the next few days on PC.

PC games store GOG gives out free games regularly on its homepage, and the next freebie available for shoppers is Paradox Interactive's grand strategy game Europa Universalis II. To claim the game, simply head over to GOG's homepage and click the "Get it free" button on the banner at the top of the page. The game will immediately be added to your GOG account, and you can download and start playing the DRM-free copy right away. The giveaway ends October 24 at 6 AM PT / 9 AM ET, so claim it now or whenever you have a chance.

Spanning the years 1419 through 1820, Europa Universalis II casts you as the leader of a country fighting for dominance. You'll command everything from military and political alliances to scientific development and exploration of the New World, and you'll also interact with true historical events and people like Joan of Arc and Napoleon. Europa Universalis II also features expanded systems for diplomacy and trade, including the ability to demand gold, provinces, or diplomatic agreements as a result of peace, and its new tutorial makes the game far more approachable than its predecessor. The game received an 8.5/10 in GameSpot's Europa Universalis II review.

"Europa Universalis II requires more subtlety and more work to play than the first game, as events often crop up to keep you from zooming through times of peace at higher game speeds," wrote critic Sam Parker. "Although the new game doesn't represent the jump in production values that some might have hoped for, the gameplay changes should give fans of the first game plenty to work with. For those who haven't played the first game, the better documentation makes this a much more accessible way to try out one of the most engaging serious strategy games of the year."

There's another freebie up for grabs at GOG, but it's not free-free--you have to spend some money to nab it. GOG has partnered with Visa to give away free copies of the story-driven action-RPG Children of Morta to those who spend $25 USD or more using a Visa card and save their card details for future payments. If you're planning to do some shopping at GOG anyway--and there are some nice deals running right now--it's worth registering for the promotion. Children of Morta is a great game worth playing and earned an 8/10 from GameSpot for its wonderful pixel-art style, variety of play styles, and engaging narrative.

If you want that free copy of Children of Morta, it's worth browsing the current deals at GOG. The Europa Universalis series is celebrating its 20th anniversary this week, and to celebrate, GOG is running a big sale on Paradox strategy games, including Stellaris (and a bunch of its DLC), Surviving Mars, and Age of Wonders. Check out some of the best game deals available right now at GOG below. 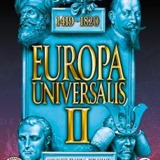