The sequel to 2017's indie hit will also hit Xbox Game Pass on day one.

Slime Rancher players have been waiting to find out when they'll be able to head back down to the slime farms. During the Xbox and Bethesda Extended Showcase, developer Monomi Park finally delivered the goods: Slime Rancher 2 is coming this fall, and it will be a day one addition to Xbox Game Pass.

Slime Rancher 2 will continue the story of Beatrix LeBeau and the Far Far Range from the first game, only this time she'll be heading to a new area called Rainbow Island. Players will once again build the slime farm of their dreams while also discovering Rainbow Island's secrets.

The new trailer highlighted the Conservatory--the glass-walled building where players will build their slime ranches--as well as a few of the slimes players will find around the island. The trailer then shifted to free-roaming gameplay, with LeBeau traveling around the island capturing slimes with her vacuum.

Slime Rancher 2 will launch this fall on PC and Xbox Series X|S as a console exclusive. The game will also be added to Xbox Game Pass as soon as it launches. 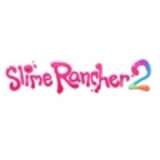