Slender: The Arrival will hit the Xbox 360 and PS3 during Q1 2014, and Double Dragon Neon will release on Steam "soon."

Midnight City, Majesco's indie games publishing subsidiary, has announced that horror game Slender: The Arrival, previously available only on PC, is coming to Xbox 360 and PlayStation 3 via Xbox Live and PlayStation Network in the first quarter of 2014.

It also announced that the remake of the classic beat'em up Double Dragon: Neon, previously available only on consoles, will be released on Steam soon. The colorful driving and flying racer Krautscape, which up until now was up on Steam Greenlight, will also release on Steam during Q1 2014, Midnight City said.

The console version of Slender: The Arrival will add two new flashback levels that will unlock after completing the game. The PC version of Double Dragon: Neon will add an online cooperative mode.

In the mean time, you can read our reviews of Double Dragon: Neon for consoles, and Slender: The Arrival's PC version. 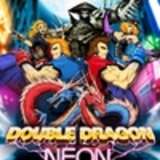