Amiibo initially dubbed too big and too costly by Japanese distributors.

Nintendo has attributed the success of its Amiibo figures in the West partly to Activision's Skylanders and Disney's Disney Infinity toys-to-life franchises, according to president Satoru Iwata. Speaking during Nintendo's end of 2015 fiscal year earnings call, Iwata answered questions about the regional disparity for Amiibo sales and their attach rates to compatible games.

"When it comes to the figure and video game entertainment category, there are two existing franchises: Activision released Skylanders four years ago, and Disney released Disney Infinity two years ago… However, before we actually launched Amiibo, the number of consumers who were aware of the overall concept of this product category, namely, toy figures are lined up on a store shelf in the video game section and when you buy and use it with a game, something very fun would happen, differed greatly in Japan from the rest of the world," Iwata said.

According to the Nintendo president, the United States in particular had already established a large toys-to-life market, whereas the category had "yet to show results in [Japan]." Iwata also revealed that Japanese distributors had initially dismissed Amiibo toys as being "a little too big in size" and too costly for a figure in the Japanese market. Despite this, Nintendo decided to go ahead and launch the Amiibo we see today, saying it was "most appropriate for the global market."

Iwata also revealed that Nintendo has been "testing various forms of Amiibo other than plastic figures" in addition to the card-format Amiibo products which were first announced in October last year during an earnings call.

Over 5.7 million Amiibo figures have been sold since the toys were launched last year. Nintendo recently lowered the suggested retail price for select Amiibo figures, down to $9.99 from $12.99. A new wave of Amiibo is expected to be released this month and includes Charizard, Pac-Man, Lucina, and more. 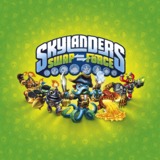