Sky: Children Of The Light Update Adds The Season Of Shattering And More

Thatgamecompany is preparing to celebrate the third anniversary of Sky: Children Of The Light.

Thatgamecompany has announced its plans to celebrate the third anniversary of its mobile game Sky: Children of the Light starting July 18. As a part of the celebration, there'll be new items, in-game events, a new world-changing season, a livestream, new ways for players to share stories, and more.

Starting on July 18, players can participate in a month-long celebration in the Secret Area, accessible via the Vault of Knowledge. Once inside, you'll be greeted with balloon pops for candles, happy birthday music sheets for hearts, and possibly a cake in-game. There'll also be trivia events and a birthday song performed by the thatgamecompany band.

To help celebrate the third anniversary, Sky: Children Of The Light will be streaming on its Twitch channel and the developers will share some of their favorite memories over the last three years.

The Season of Shattering is live and introduces new experiences to the game with new gameplay, storytelling, and social elements. The upcoming season will feature long-term effects that'll impact future seasons/updates and will give players a chance to "experience the world of Sky before it changes forever."

On July 21, thatgamecompany will launch thatskystory, a website devoted to Sky: Children Of The Light. On the site, fans can communicate with one another to build communities. In addition, thatgamecompany is hosting its first in-person event on the same day in Long Beach, California. The in-person event will be inspired by Season of Assembly and will feature themed actives, trivia, in-game challenges, and more.

For more Sky: Children Of The Light news, check out these stories: 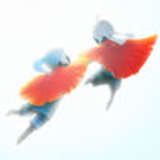