In a statement, Hidden Variable and Autumn Games say Skullgirls will continue on, without Lab Zero's involvement.

"Autumn Games and Hidden Variable Studios fully support those employees who have chosen to stand by their principles and leave in light of that behavior, and we find their allegations to be credible," the statement reads. "As such, effective immediately, we will no longer be working with Mike Zaimont or Lab Zero Games."

The statement goes on to emphasize that Hidden Variable is an independent studio and its formal relationship is with Autumn, not Lab Zero. But, it says, Skullgirls will continue, without Zaimont's involvement.

An official statement from Hidden Variable and Autumn regarding Lab Zero Games and the future of Skullgirls. pic.twitter.com/4qeoN9fgRj

"We know how much Skullgirls means to the community and how many of you have given so much of your time, energy, love, money, and support to enable Skullgirls to thrive," it states. "In light of recent events, we understand that this is a trying time for everyone involved. That said, Skullgirls is bigger than any individual, and it will take more than the unacceptable behavior of any one person to bring it down."

The statement concludes by recommitting to building new Skullgirls content going forward, and praises the hard work of "dozens of dedicated developers, artists, designers, and more." It says it hopes that the planned Annie update for Skullgirls Mobile can "serve as a fresh start for the next phase of Skullgirls development, unburdened by the events of the past."

Employees who left said that Zaimont bullied and intimidated employees. They had confronted him with the behavior and say Zaimont apologized promised to step down, but then refused--prompting the employees to leave instead. One of the employees retweeted the statement asking fans to please continue supporting Skullgirls and the "many wonderful people" who work on it. 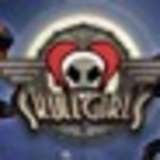