Three maps from the Skater XL modding community will be included in the game when it leaves Early Access and comes to PC, PS4, and Xbox One.

When Skater XL launches on PC, PS4, and Xbox One on July 28, it will contain three maps created by the game's modding community during the game's Early Access period on Steam. The maps will be a part of the game for all players.

The three maps are Streets (by Jean-Olive), Hűdland Training Facility (by Pactole), and Grant Skate Park (by Theo). A trailer and screenshots for these maps have been released, showcasing the work of the game's community. Theo joined the development team after creating Grant Skate Park, which will debut in the game's 1.0 release.

In a statement released to press, developer Easy Days Studio co-founder Dain Hedgpeth praised the game's modding community, which consists of 84,000 people who "have created thousands of amazing maps, fake skate brands and gear" in the game. states Dain Hedgpeth, Co-founder of Easy Day Studios. “Their creativity and passion have not only inspired us, but has become an integral part of the Skater XL experience," he says, "and we want to pay homage to this by including some of their work at launch."

Hedgpeth notes that this is "just the beginning" of the studio's plans to highlight community-created content.

Grant Skate Park is a recreation of the iconic Chicago public skatepark, with a few small changes to make it easier to skate in a game. Streets brings together numerous street spots from different parks, and Hűdland Training Facility is an entirely original creation.

Skater XL faces some tough competition for skateboarding fans, as Tony Hawk's Pro Skater 1 + 2 is also releasing later this year on September 4. XL has drawn comparisons to the Skate franchise, but the next Skate game was only just announced, and is likely to be a long time away from release. 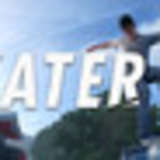