Skate 4: The Internet Reacts, Including Celebrities, Publishers, And Fans

EA dropped news that a new Skate game is finally in development, and Twitter is filling up with reactions--here are our favorites.

It's official--a new Skate game is happening, as was announced at the tail end of EA Play 2020. Although the words Skate 4 were never used explicitly, that's what we're calling the game for now until we get confirmation otherwise, and GameSpot's internal Slack channel immediately blew up with celebration. EA certainly seems to have caught everyone off-guard with the news.

We weren't alone--EA says that fans "commented the game into existence," and the comments have been flowing since the reveal. We've been scouring Twitter for reactions from developers, celebrities, skaters, and whoever else seems particularly enthused, and we've rounded up some of the best reactions below, starting with Tyler, The Creator.

Actor Demetrius Harmon, who famously convinced Wendy's to bring back their spicy nuggets, was briefly attributed by some with bringing Skate back too...although it seems that was not the case (and for the record, Wendy's was also on board).

i brought spicy nuggets back my next mission is to get skate 4. i need yall with me

THE TIME HAS COME! SKATE 4 IS COMING https://t.co/Ce1f00OIJN

oh i had nothing to do with this btw

Twitch streamer Avalanche, meanwhile, pointed out that the comeback of great video game skateboarding franchises is one of the few things 2020 has going for it.

He is far from alone in this feeling.

EA coming in to save 2020 by announcing Skate 4 pic.twitter.com/DDjDKscio3

Niko Partners analyst Daniel Ahmad's clever tweet below is a good reminder that we could be a while away from actually seeing the next Skate game, comparing it to Nintendo's 2017 announcement of Metroid Prime 4--a game we are yet to see a second of footage from.

The official Skate Twitter account is on a bit of a victory lap, quote retweeting several folks alongside the words "we're back"--here's one example out of many. Before today, the account's last tweet was on September 8, 2010.

The social media teams behind several publishers just could not hold back their excitement, either--here are just a few examples, including Roll7, developer of skating franchise OlliOlli.

We'll be keeping an eye out to see if Tony Hawk is sizing up the competition, too, with Tony Hawk's Pro Skater 1 & 2 on the way later this year.

For now, we don't have a lot of news about the next Skate beyond the fact that it's in development, but hopefully we'll find out more soon.

Play For All is continuing on into July. Join us as we bring you the summer's hottest news, previews, interviews, features, and videos, as well as raise money for Black Lives Matter and COVID-19 relief efforts with the help of our friends from around the gaming world. Check out the Play For All schedule for more. 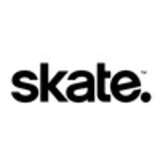