Would you go on this ride?

Having already worked together on a Superman virtual reality roller coaster, Six Flags is extending and expanding its relationship with Samsung to bring more virtual reality experiences to its theme parks. The amusement park giant today announced what it calls the world's first mixed-reality coaster.

The ride is called The New Revolution Galactic Attack and it's based on the classic Sega Saturn game Galactic Attack. Here is how Six Flags describes the ride, which makes use of Samsung's Gear VR headset:

"When riders board the coasters and don their Samsung Gear VR headsets, they will be introduced to the device's passthrough camera functionality, instantly making riders aware of their surroundings, by allowing them to see the 'real world,' including the person seated next to them--along with virtual content."

It continues: "As they get settled into the ride, a heads up display overlay on the passthrough camera view will show data like current status of weaponry, time codes, fuel cells, and a countdown clock."

When the ride gets to the top of the hill, a "massive, swirling wormhole" appears. When the ride goes down the hill, the mixed-reality element morphs into full virtual reality. The player virtually enters a spaceship cockpit and come under attack from aliens who are firing missiles. According to Six Flags, riders can make "key decisions" during the ride that affects their scoring, though no details were provided on how they can do that. Additionally, the ride has three different endings, encouraging people to ride again and again.

The New Revolution Galactic Attack ride will be at a pair of Six Flags locations: Six Flags Magic Mountain (Valencia, CA) on The Revolution ride and Six Flags Discovery Kingdom (Vallejo, CA) on the Kong ride.

Would you go on a ride like this? Let us know in the comments below! 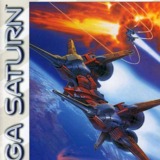