Latest Silent Hill horror game refused classification down under; local distributor will wait until early 2009 for a possible resubmission.

This year has been a depressing one for Aussie gamers when it comes to bans, with three games failing to meet Australia's strict classification requirements. Dark Sector, Shellshock 2: Blood Trails, and Fallout 3 were all banned in 2008, though both Dark Sector and Fallout 3 were eventually allowed back into the country after some modifications were made. It seems that's not the end of the banning story for this year, however. This afternoon Konami confirmed that its upcoming Silent Hill: Homecoming has also been refused classification, so selling it is illegal in Australia.

An Atari spokesman (Atari is the local distributor for Konami games) confirmed the game banning to GameSpot AU, saying that Australia's Classification Board found issue with the high impact of Silent Hill's violence. Examples used by the board in its report include copious blood spray in the game, decapitations, partially dismembered corpses, and numerous scenes of attacks, fights, torture, and death.

The spokesman said plans for Homecoming's Australian release are now "on the backburner until early next year," pending discussions with Konami to see if any changes can be made to accommodate Australia's classification regime.

Silent Hill is one of the leading franchises in the survival horror genre. Homecoming follows the story of a war veteran going back to his hometown to search for his missing brother. The multiplatform game was originally slated to be released in Australia in November this year.

In Australia, the highest rating available for a game is MA15+, as opposed to other forms of media, such as film or DVDs, which have an R18+ classification (the R rating prohibits sales to anyone under the age of 18). Games that feature content deemed unsuitable for an MA15+ rating are refused classification and are effectively banned from sale. This year, both Dark Sector and Shellshock 2 were banned because of violent content, while Fallout 3 was initially banned because the game supposedly showed positive effects from in-game drug use. 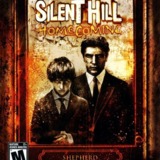 There are 357 comments about this story
Load Comments (357)