The fan-favorite Shin Megami Tensei title has improved visuals, more story, and additional difficulty options to PC, PS4, and Switch this May.

Shin Megami Tensei III: Nocturne's high-definition remaster finally has a western release date of May 25 on PC, PlayStation 4, and Nintendo Switch, publisher Atlus has announced. Set in a post-apocalyptic version of modern-day Tokyo, the game uses a turn-based combat system as players take control of a silent protagonist who has merged with the demon Magatama and battles other devils throughout the Japanese capital.

Originally released on PlayStation 2 in 2003, Nocturne's remaster will include updated 3D models, backgrounds, and additional difficulty settings. An alternate story branch, voice acting in both English and Japanese, and a suspend save option are also some of the other additions.

The game will cost $50 on all platforms, and a Digital Deluxe Edition will set you back $70 for extra content such as new characters, four background music packs, the Mercy and Expectation Map Pack, and the easier difficulty setting of Merciful.

This release will also mark Nocturne's worldwide debut on PC, and just like the original, you'll even cross paths with Capcom's favorite demon for hire, Devil May Cry's Dante. While this isn't a full remake of Nocturne, you can see just how much the original game's visuals have been improved upon in the selection of new screenshots below:

Fans of the Atlus franchise who have a Nintendo Switch can also look forward to Shin Megami Tensei V, which will be out later this year. 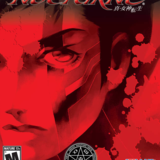