Due to the Russian invasion of Ukraine, developer Frogwares was forced to prioritize the PS4 release of the game.

Sherlock Holmes: Chapter One developer Frogwares has announced that while the PS4 version of the game is still on track for an April 28 release, the Xbox One version has been put on indefinite hiatus.

Due to Russia's invasion of Ukraine, the studio was forced to prioritize development on the PS4 version and is now offering a full refund to anyone who preordered the game on Xbox One.

"We had to make a tough decision on the Xbox One version of the game. Due to circumstances way outside of our control, the Xbox One version of Chapter One has been postponed indefinitely," Frogwares said in a statement. "To say that the war made an impact on us is probably the understatement of the decade. Keeping our personal and mental situation out of this, the war impacted us from a production point of view heavily."

Frogwares--which is based in Ukraine--added that optimization on the old-gen versions of the Sherlock Holmes prequel was a bigger task than the studio originally anticipated. A lot of "invisible work was done" to ensure that the game ran smoothly on the older consoles, which included visible changes to the map of the city by cutting certain alleyways and shortcuts.

Since the war on Ukraine began, the country has asked PlayStation, Xbox, and esports organizations to stop supporting Russia. Multiple movie studios have stopped releasing new films in Russia, Apple no longer sells any products there, and the gaming industry has come together to provide relief aid for Ukraine.

If you want to help relief efforts, we've assembled a list of humanitarian organizations like the Ukrainian Red Cross and UNICEF that you can donate to. 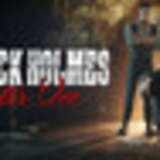