Just over two months from now, the possibility of a Ninja Gaiden-Dynasty Warriors crossover game will be one step closer to reality. On April 1, Japanese publishers Tecmo Ltd. and Koei Co. will formally merge into a single holding company. The move mirrors similar unions such as 2004's marriage of Sega and Sammy and 2006's melding of Bandai and Namco. 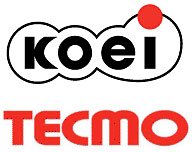 According to the Bloomberg news service, the Temco-Koei announcement followed shareholder summits at both companies. Each meeting saw the terms of the merger approved, including stock allocation. Current shareholders will receive one share in the new holding company for each share of Koei stock and 0.9 shares for each share of Tecmo stock.

The Tecmo-Koei merger was announced last December, less than a week after role-playing game giant Square Enix made an unsolicited $200 million bid for the Dead or Alive publisher. Its advances rebuffed, the Final Fantasy XIII maker quickly retracted its bid, then hinted that it remains on the lookout for acquisitions. Since then, though, the company has only announced the formation of a new Los Angeles studio and a Japanese distribution deal with Ubisoft.