New and returning players invited to explore the realm of Ubisoft's online fantasy realm at their leisure.

Ubisoft's mouse-driven massively multiplayer online role-playing game is now free to play, the game's official Web site announced this week. Players with lapsed accounts should be able to simply log on again, while new players can download the previously available 15-day trial full version of the game and simply play it as long as they wish. Originally released in 2003, Shadowbane combines a fantasy massively mulitplayer online game setting with elements of strategy in the form of city building, city sieges, and diplomacy. For more information on the game, check out GameSpot's full review. 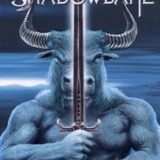