Shadow Warrior 2 Out Now On PS4/Xbox One, Comes With First Game Free

For a limited time, you can grab Shadow Warrior 2 on sale alongside a free copy of the first game.

Shadow Warrior 2 came out on PC last year, and now console players can get in on the action, too. Today, the game released digitally on PS4 and Xbox One, and for a limited time, players can get a bonus if they purchase it.

If you buy Shadow Warrior 2 from now until June 2, you'll get the original game for free on PS4 or Xbox One. In addition, during this two-week stretch, its price is discounted to $35 from its normal $40.

You can watch the console launch trailer above and check out a gallery of images at the bottom of this article. Shadow Warrior 2 is a first-person shooter developed by Flying Hog that tasks players with slaying demons using a wide array of guns, swords, and magic.

You can grab the two games on the PlayStation Store or the Xbox Store. If you want both games and the discounted price, you have to buy "The Shadow Warrior Collection" on PS4 or "Shadow Warrior 2 - Launch Edition" on Xbox One.

Last year, GameSpot sat down with Flying Hog to talk about the game's development and design philosophy; you can check out our interview here. When it came out on PC, GameSpot critic Mat Paget gave it an 8/10, saying, "Picking off enemies one-by-one with a railgun, demolishing them point-blank with a shotgun, and ripping through them with a chainsaw are just a few of the exciting moments that make it hard to put down. However, if you want to experience its action-packed highs, then disregard its groan-inducing lows and skip the cutscenes." 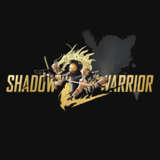