In recent years, real-time strategy games have really tried to get away from the basic formula of collecting resources, building a base, hiring an army, and crushing your enemies. And strategy developer Infinite Interactive is planning to take a similar approach with Seven Kingdoms: Conquest, the next game in what many strategy fans consider to be a very highly underrated series. Lead designer Steve Fawkner explains what we can expect from this upcoming strategy sequel.

GameSpot: It's been five years since Seven Kingdoms II was released. That's an awfully long time between chapters, isn't it? Why the decision to revisit the series after all this time?

Steve Fawkner: I think that [series creator] Enlight was really just waiting for the right time to continue the series. Seven Kingdoms II was such a brilliantly intricate game, that a sequel three or four years ago might easily have resulted in a simple port to 3D and would've sacrificed some of the depth that made it a classic. Now, with five or more years of hardware and software advances, we feel that we can really take the game to a new level and provide a whole bunch of fresh ideas, in much the same way that the original Seven Kingdoms game was full of new ideas.

Some of the things that impressed me with the original Seven Kingdoms games were all the new ideas that found their way in there. That's one of the reasons that we have called this "Seven Kingdoms: Conquest" rather than "Seven Kingdoms III"--it is definitely a child of the Seven Kingdoms franchise, but it's not a clone of what has gone before. It's got its own definite identity.

GS: Tell us about the new additions that Conquest will add to the series. How will the gameplay evolve from the previous games in the series?

SF: We set four goals for ourselves when we were designing the game: ensure that we included, in some form, all of the very cool things from previous titles; make the game much more story-driven, rather than feature-driven; really tone down the micromanagement that was present in previous versions, because that is definitely the way that modern real-time strategy games are progressing; and most importantly, we set out to provide a unique little twist to every standard real-time strategy feature (harvest, build, produce, and destroy), so as to set the game apart from both its predecessors and its competitors.

What surprised us most is that the decision to drive the game design from the story (something we have not really done before) has had such a strong and positive effect on the game. Our basic story is simple: thanks to a greedy Egyptian Pharaoh, demons have been able to invade the earth every 1,000 years. But that story has really shaped the design--instead of Seven Kingdoms that have no logical links between them, we have seven ages of man, each 1,000 years apart, and each involved in some integral way with the demons' plan. We also have the seven realms of demons, each with their own personality, skills, playing styles, and roles within the story.

GS: What's the division of labor between Enlight Software and Infinite Interactive? What is each company contributing to the project, and why the decision to team up?

SF: Infinite is responsible for the game design, programming, AI, level design, story, and music--all of the things we had a lot of experience with in our previous Warlords Battlecry series. Enlight, on the other hand, has been focusing on providing the massive amount of artwork and 3D models required by this monster of a game. They have also provided us with a 3D engine, which both companies have been adding to as the project has progressed.

GS: Infinite Interactive has a long history with the Warlords Battlecry series. What lessons has the team taken from that series to apply to the new Seven Kingdoms game? Can we expect to see any specific features or ideas from those games put to use in Conquest?

SF: We really want to treat Seven Kingdoms: Conquest with the respect and attention it deserves. We specifically set out to make sure that it was not just Warlords Battlecry 4.

However, having completed three real-time strategy titles now, and with more than 15 years of working on strategy games in general, we are able to bring a lot of important experience to help us with Conquest. For example, our general game design principal involves the AI programmer from day one. He gets an automatic veto over any feature in the game that he thinks will cause trouble (so in some ways he's the boss!). If any feature breaks the AI (and therefore the single-player experience), he just has to raise his hand and we immediately look for another way to provide a similar play experience. We've found that this is one of the secrets behind our powerful AIs.

GS: How long has work on the game been going on? What stage is the game at in development; what's being worked on at this point?

SF: The game has been under way for about 16 months now. We are in a late alpha stage of development. What that means is that all of the major game features are in and working, but we're still tinkering heavily with minor systems, such as trade and espionage. The campaign is also well under way, although one thing we've learned is that the later you leave a story in the development cycle, the better that it is, since it is able to take best advantage of the game's final features.

GS: The Seven Kingdoms series has previously had what could be described as an "Eastern" or oriental feel to it, particularly with the human civilizations and their architecture. Will that remain in the third game? What can you tell us of the new game's human civilizations and demonic races? Will the fryhtans make another appearance?

SF: There is a definite Eastern feel to the game in the early ages, since the demons tend to interact with the Earth in the places where civilization is at its peak (in 3,000 BC that is Egypt, Akkadia, and Sumeria). However, as time wears on, the story progresses into Europe in the Middle Ages and then escalates on a global scale in 2,000 AD and 3,000 AD.

The fryhtans from previous Seven Kingdoms games have sort of evolved into the demons now. Longtime fans of the series will definitely see inspiration for our seven demon realms in some of the old fryhtans though.

As I mentioned earlier, there are seven human civilizations, spanning 6,000 years (3,000 BC to 3,000 AD). As they progress, magic and the power of gods decline and technology increases. The early civilizations rely on fielding hundreds of spearmen backed by priests and deities to hold back the huge demonic invaders, whereas in 3,000 AD, you can just crank out some mechs to lay waste to them!

GS: The series has strongly emphasized the creation of complex economic systems that are more realistic than those found in typical real-time strategy games. Is that going to be the case in the new game? What can you tell us about the economic strategy portion of the game?

SF: I really don't like games that are reliant on complex economic systems for basic play. I think that game design has been moving away from that model for a number of years now. I prefer our games to have a lot of layers, like an onion. That way if you don't want to bust your brain playing them, you can still enjoy yourself, but if you look a little deeper you'll find another layer of complexity that can help improve your skill. And if you then look again, you'll find even more. I call this my 90/9/1 rule...90 percent of the game has to be easy, 9 percent can be more complex, and 1 percent can be insanely complex!

Overall, our economy is quite simple in Seven Kingdoms: Conquest (though it is completely different for humans and demons). Some of the complexity from previous games has been shifted into our diplomatic system, though. Through the use of ambassadors (as a human player) or succubi (as a demon player), you are able to place units in enemy bases and cities and attempt all sorts of things, from assassinating leaders to poisoning wells to causing rebellions!

GS: Otherwise, what are the coolest and most exciting new features in the new game?

SF: Obviously the ambassadorial system is the newest and coolest feature (it has an amazing number of effects within the game). Apart from that though, the difference in play styles between demons and humans is just great fun. As the human player, you're constantly trying to build new things, and as the demon player you just constantly need to be knocking things down.

The amount of variety in the game is immense...when we're finished I'll finally be able to answer a question that has (somewhat disturbingly) troubled me for many years: Could the Sun-God Ra and a bunch of magic-wielding Egyptian priests and spearmen beat a group of hovertanks with laser weaponry?

Finally, the game is extremely mod-friendly. It includes a full map editor, and also the ability to edit all types of data, or even add new things (including characters, spells, and even game features).

GS: Can you describe the new 3D engine in a bit more detail? What kind of video and audio effects can we expect from the game?

SF: The 3D engine is quite mature. It has appeared in a number of Enlight games, and its stability greatly helped with our early development. Since then, we've been adding all sorts of new features, such as glows, full shadows, and lots of other interesting shader-based effects.

GS: Tell us a bit more about the multiplayer game. What sort of gameplay types are planned for the game?

SF: Multiplayer games are quite fast and furious. Being light on micromanagement, the game provides lots of fast action, but still requires careful thought to deal with all sorts of nasty tricks that experienced players can manage through the ambassadorial system.

The real strength in multiplayer play is the amount of variety in the game. There are 14 unique sides with different playing styles, and because in multiplayer you can choose almost anything against anything else, it makes for literally thousands of possibilities.

GS: Finally, is there anything else you'd like to add about Seven Kingdoms: Conquest?

SF: So far, Seven Kingdoms: Conquest seems to us at Infinite like a breath of fresh air. Although we never tire of the fantasy genre and the Warlords games, it has been very enjoyable working with a new and unusual setting like this one, and I am sure that our enthusiasm will show in the final product.

I also think we've all realized that blowing up huge demons with mechs is just plain cool. 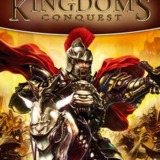