Select Nintendo DS Games Are Getting Pulled From The 3DS Eshop

A handful of games are no longer available in North America.

A handful of DSiWare games are no longer available on the Nintendo 3DS eShop. The games, including ones that have been published by Nintendo, have a "This software is currently unavailable" disclaimer posted on their store page.

"All DSiWare games released before mid-May 2011 have been deactivated on the eShop, including the classic Shantae Risky’s Revenge," reads a tweet from a user who first discovered the removals. "Luckily I got it on my DSi before that shop shut down. Grab from those still for sale while you can!"

Some of the games that have been removed include Shantae: Risky’s Revenge, Dr. Mario Express, Mr. Driller: Drill Till You Drop, and many others. Players can still access their copies of these games and redownload them from the eShop. However, those who haven't purchased these titles are unable to purchase or download them.

DSiWare is the name for games and applications purchased on the Nintendo DSi shop. That digital storefront was closed in 2017 after being open since 2009. Select games were still available on the Nintendo eShop, up until today. We don't know if the these games will return to the eShop or if this change is permanent. Nintendo hasn't made an official statement yet.

The Nintendo 3DS has seen a successful lifespan with almost 76 million units sold as of September 2020. We've seen support for the platform dry up over the past few years as Nintendo has focused on the Nintendo Switch. 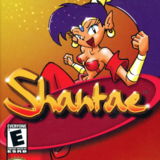