Square Enix announces the official release date for the Japanese version of Sword of Mana.

Square Enix has announced that the Japanese release of Shinyaku Seiken Densetsu (Sword of Mana in North America) for the Game Boy Advance has been set for August 29. An 18,300-yen ($152) limited-edition set that will include the game cartridge, a "Mana Blue" Game Boy Advance SP, and a carrying pouch will be released on the same day. Sword of Mana was released on the original Game Boy as Final Fantasy Adventure, but the new version of the game contains updated graphics and sound.

For more information, check out our previous coverage of the game. 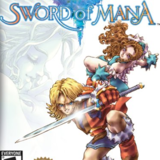