The English club is seeking damages for trademark infringement, despite the series being nearly 30 years old.

Premier League football club Manchester United has filed a lawsuit against Sega and Sports Interactive, the publisher and developer respectively of Football Manager.

The football club is unhappy with how its name, badge, and overall trademark has been used in the game without its consent, despite appearing in Football Manager for decades. According to The Guardian, Manchester United's attorney is also seeking to add player-made mods to the lawsuit, in light of how it claims Sega and Sports Interactive encourage players to use them to recreate clubs in the game.

In a counterargument, Sega claimed that the lawsuit by Manchester United intends to “prevent legitimate competition in the video games field by preventing parties not licensed by the claimant from using the name of the Manchester United football team within such games". It also argues the validity of a lawsuit that seeks to prevent the use of the name "Manchester United" in any context without the authority of the trademark holder.

Sega also questions why the lawsuit is only being brought forward now, after Football Manager and its predecessors have been using the name since the series' inception in 1992. Sega also mentions how Sports Interactive has sent copies of the game to officials and players at the club, while the club has also shared the game and its features across its social channels without issue.

The proceedings have only just passed a preliminary hearing, and a ruling still needs to be made on the additional claims presented by Manchester United. 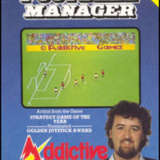