Like its blue-haired mascot Sonic the Hedgehog, Sega Sammy managed to collect many coins over the past six months. Enough coins, in fact, to return to profit after struggling during the same period last year. For the six months ending September 30, the company reported ¥24.3 billion ($302.1 million) in profits on ¥217.8 billion ($3.4 billion) in revenues. That's a massive improvement over the ¥6.3 billion ($78.3 million) loss and ¥153.4 billion ($1.9 billion) in revenues it took in during the same period the year prior.

The big reason behind the company's resurgence was a robust Panchinko and Pachislot division, which saw six-month net sales increase 96.5 percent to ¥134.2 billion ($1.66 billion). Operating profit for the division, which sells the pinball-like machines across Japan, more than tripled to ¥47.6 billion ($591.7 million).

"In the home video game software industry, the demand was generally weak in the US and European markets due to…sluggish personal consumption," read Sega Sammy's report.

During the April-September period, Sega sold 6.6 million software units worldwide: 3.2 million units in the US, 2.15 million units in Europe, and 1.24 million units in Japan and other regions. The company called out two titles as bestsellers: the music title Hatsune Miku: Project Diva 2nd and Kurohyou: Ryu ga Gotoku Shinshou, the first PSP game in the Yakuza series. 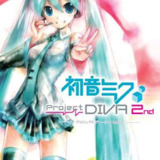