Sega: Here Are The Takeaways From New Earnings Report

The numbers are in.

Like Square Enix, Sega today reported earnings for the nine-month period ended December 31, 2016. The report is not all that eye-opening, though there are some notable takeaways.

Sega's video game division, Entertainment Contents, benefited from new releases such as Football Manager 2017 and Yakuza 6 (which comes to North America in 2018), as well as continued sales of Phantasy Star Online 2. In all, Sega sold 8.13 million packaged games, up from last year (6.12 million).

Looking ahead, Sega will release Puyo Puyo Tetris for the Nintendo Switch, while Persona 5 comes out in April; that RPG debuted in Japan last year.

Keep checking back with GameSpot soon for more earnings reports, as Activision Blizzard, Take-Two, Ubisoft, and Nvidia are all scheduled to release earnings results this week. 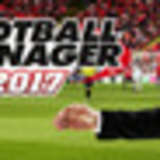