The list of publishing partners for Electronic Arts' Origin digital storefront is growing. EA announced today that it welcomed a new wave of partners, led by Sega.

Sega's upcoming Total War: Shogun 2 - Fall of the Samurai is available to preorder through Origin today, but no future titles have been announced for the download service.

In addition, Rebellion, Team 17 Software, Kalypso Media Digital, and unspecified others have signed up to sell their titles through Origin. EA did not name these parties, and as of press time, the publisher had not responded to GameSpot's request for comment.

Today's round of additions brings the total number of Origin partners to 35. Downloadable games from the new partners will be available in the coming months, EA said. 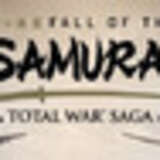